by Mihai Andrei
in Other, Science, World Problems 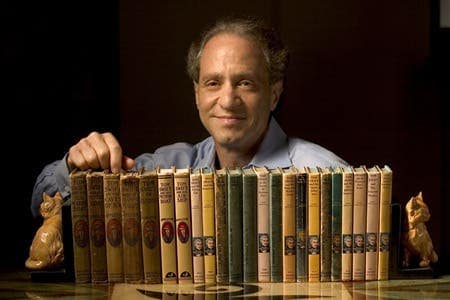 Raymond Kurzweil is one of the most prolific inventors and futurists; he’s the one who developed text to speech synthesis and a synthesizer that develops and even creates poetry, among others. He has also predicted new technologies that would appear and some directions that our society would take, and he got it right.

Now, the 61 year old claims that considering the rate at which our understanding of our genes and nanotechnology is increasing, scientists should be able to replace many (if not all) of our vital organs in approximately 20 years from now. When confronted and asked if that’s not a bit of wishful thinking, he replied that neural implants and artificial pancreases already exist, and the distance is not as big as it seems.

Here’s what he said:

“I and many other scientists now believe that in around 20 years we will have the means to reprogramme our bodies’ stone-age software so we can halt, then reverse, ageing. Then nanotechnology will let us live for ever. Ultimately, nanobots will replace blood cells and do their work thousands of times more effectively.

Within 25 years we will be able to do an Olympic sprint for 15 minutes without taking a breath, or go scuba-diving for four hours without oxygen. Heart-attack victims – who haven’t taken advantage of widely available bionic hearts – will calmly drive to the doctors for a minor operation as their blood bots keep them alive.

Nanotechnology will extend our mental capacities to such an extent we will be able to write books within minutes. If we want to go into virtual-reality mode, nanobots will shut down brain signals and take us wherever we want to go. Virtual sex will become commonplace. And in our daily lives, hologram like figures will pop in our brain to explain what is happening. So we can look forward to a world where humans become cyborgs, with artificial limbs and organs.”

Find some other predictions he made here

Now I am in no way the man to comment on whether these developments will or will not take place, but let’s say they’ll become reality. Is it all good, partially good, or partially bad? Overpopulation is a big problem as it is so I really have a hard time figuring that out too. What do you think?

P.S.   We had some technical problems and a partial article got published – sorry for that and we appreciate your understanding.