A report issued by a committee at MIT concludes that the decline in science funding will have drastic consequences for the country's economy and security, making the US trail behind other countries like China which is spending immense amounts of money on science. In fact, one study estimates China will become the world's leading science and innovation producer by 2020, outpacing the US. The MIT report identifies some 15 fields where inadequate budgets seriously hampers progress, from Alzheimer's research, to nuclear fusion, to disease and agriculture.

by Tibi Puiu
in News, Research, World Problems
Reading Time: 4 mins read
A A
Share on FacebookShare on TwitterSubmit to Reddit

A report issued by a committee at MIT concludes that the decline in science funding will have drastic consequences for the country’s economy and security, making the US trail behind other countries like China which is spending immense amounts of money on science. In fact, one study estimates China will become the world’s leading science and innovation producer by 2020, outpacing the US. The MIT report identifies some 15 fields where inadequate budgets seriously hampers progress, from Alzheimer’s research, to nuclear fusion, to disease and agriculture.

The report titled “The Future Postponed” found that science budgets in the US are at its lowest since World War II, as a fraction of the federal budget. Federal spending on research as a share of total government outlays has fallen from nearly 10 percent in 1968, during the space program, to 3 percent in 2015. As a share of gross domestic product, it has dropped from 0.6 percent in 1976 to just under 0.4 percent, Reuters reports.

Languishing fields, as outlined by the report, include important biomedical research meant to find new types of antibiotics to counter bacterial tolerance; engineered viruses that track down and hunt cancer or quantum computing.

“The comparison between Alzheimer’s disease and cancer is sobering,” explains Andrew Lo, the Charles E. and Susan T. Harris Professor at the MIT Sloan School of Management. “Between January 2012 and March 2015, the [Food and Drug Administration] approved 27 new cancer drugs, two of which target breast cancer, an affliction that affects 2.9 million women in the U.S. In contrast, no new Alzheimer’s drugs have been approved in more than a decade, despite the fact that more than 5 million Americans suffer from this disease.” 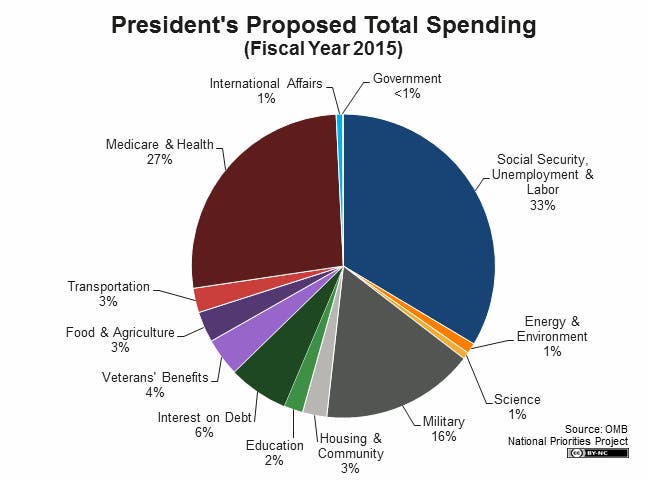 The US federal budget is basically split into two key spending channels: discretionary and mandatory. Some 71% of the country’s $4 trillion federal budget went to mandatory spending, which pays for programs like Medicare for senior citizens, and interest on the federal debt. Congress has little to say about mandatory spending, since this is allocated automatically, although they can bend the rules a bit each year to tweak the money flow that goes into mandatory spending. Research and development is included in the so-called discretionary funnel, and was awarded only  $140 billion in 2015 or three cents out of every dollar that goes into the discretionary budget. For comparison, Veteran Benefits received 6% funding in 2015.

“Although the benefit of any particular scientific endeavor is unpredictable, there is no doubt that investing in basic research has always paid off over time,” says Marc Kastner, the Donner Professor of Physics at MIT and president of the Science Philanthropy Alliance. “Economists tell us that past investments in research and development account for a large fraction of our current GDP, and even if the future payoffs are not as large, there is no doubt that we will suffer if we do not keep up with those nations that are now making bigger investments than we are.” 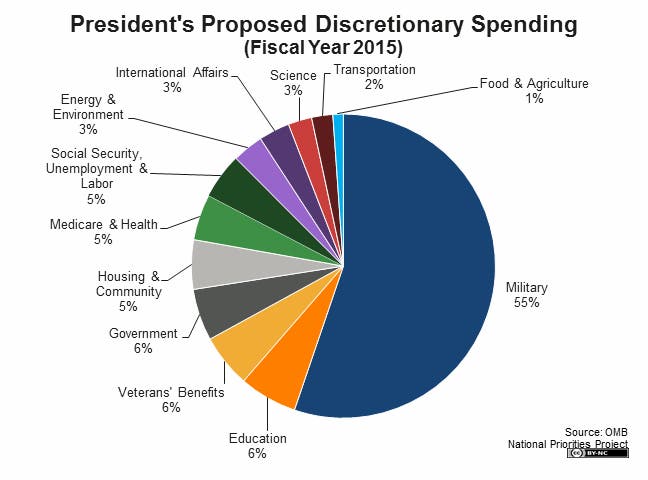 It’s no secret to anyone that the economy grows through technological innovation, which is basically applied research of the findings made from fundamental, basic science. Cutting down science budget, thus hurts the economy on the long-run. With cybersecurity more and more an important part of national security, investment is needed to support the redesign of computer systems to eliminate major security weakness in areas such as computer architecture and access authorization.

The MIT report, however, falls short when it comes to actually offering solutions that policymakers might use to remedy the situation.

“It’s fine to talk about research opportunities,” said Michael Lubell, director of public affairs at the American Physical Society. “But the report is long on identifying needs and short on identifying policy that will get us there.”

At the beginning of the year, the Obama administration asked for a  7% increase in discretionary spending. It’s not clear, however, how much of this will end up in science-based agencies.