by Mara Bujor
in Discoveries, Health & Medicine, Research, Studies
A A 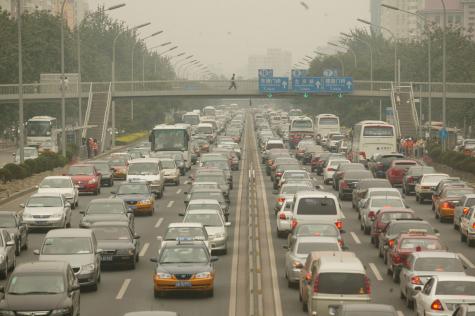 The simple thought of being caught in a horn-honking traffic jam for a couple of hours is definitely a scary one, which would definitely increase the rate of your heartbeat. But, unfortunately, traffic can have much more serious effects on one’s heart, especially now, when a simple drive around the town has become an endurance test. But are our hearts really in danger?

Numerous tests seem to prove so; for example, in Germany researchers found that patients were three times more likely to have been caught in traffic an hour before their attack. As this wasn’t enough, they also noticed that there is a small, but significant risk in having a heart attack six hours after being exposed to traffic.

So what? If you are not a driver, then there should be no reasons to worry…right? Unfortunately not. Even though most patients were drivers, public transportation and even riding a bicycle have made their “victims”. On the whole, time spent in any means of transport seems to increase the chances of a heart attack 3.2 times, which definitely cannot be said to be insignificant. And of course, there are some categories which seem to be the most affected: females, elderly males, the unemployed  and people with a history of angina. Apparently, being part of heavy traffic increases the risk of having a heart attack especially when a certain risk exists.

Even though the study wasn’t aimed at finding the exact causes of the increase in heart attacks, it may be a possibility that the gases emitted by the means of transport; however, the high level of stress cannot be ignored either.

The researchers studied files belonging to patients from Augsburg, Southern Germany between February 1999 and December 2003. 1454 patients were also interviewed in order to find out both which categories were most affected and where they had been in the day of the attack and also what they used to get there. The average age of the participants was 60 and a quarter of them were women.

Other studies conducted before this one had shown that strenuous activities such as playing soccer or intense physical work such as snow shoveling also increased the chances of a heart attack 5 or 6 times in the following hours. 8% of the cases were attributed to traffic, not a large number, but definitely one to be taken into consideration.

The first clues emerged after a first study which included 691 volunteers which took place in 2004. Now, the most important thing to discover is what exactly is the trigger: gases, stress or both?

A surprising fact is related to higher risk of such problems discovered in women (5 times bigger); however, only 325 women were interviewed, so more statistical data would be necessary to effectively draw a conclusion.

A further study is to be conducted, using healthy 120 volunteers fitted with Holter monitors which provide electrocardiograms; exposure to harmful gases and noise will also be monitored. The effects traffic has on diabetics will also be studied.

What is clear is the fact that some measures to improve air quality in urban areas would definitely decrease the risk of heart problems, not to mention lung illnesses.

A few steps have been made. In 1997 the U.S. EPA introduced Ambient Air Quality Standards (NAAQS) in order to educate the public about the levels of air quality; this information can be found here http://www.epa.gov/airnow.

But of course, more is to be made as modern life seems to jeopardize our state of health more than it could have been anticipated. So, a walk in the park?