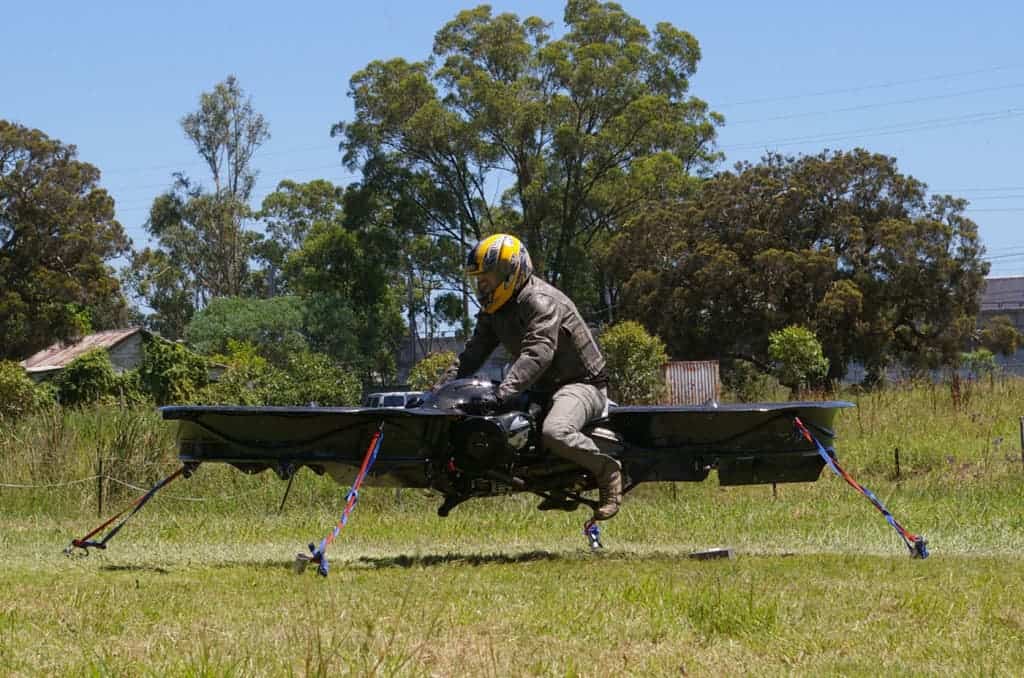 An Australian engineer boosts that he has successfully managed to build a working hover bike, one, he claims, that you could ride to 173 mph at 10,000 feet and feel like any other motorcycle. So far, however, Chris Malloy’s prototype hoverbike hasn’t done any of the aforementioned claims, aside from hovering a bit over ground, but the concept is still exiting to look after. 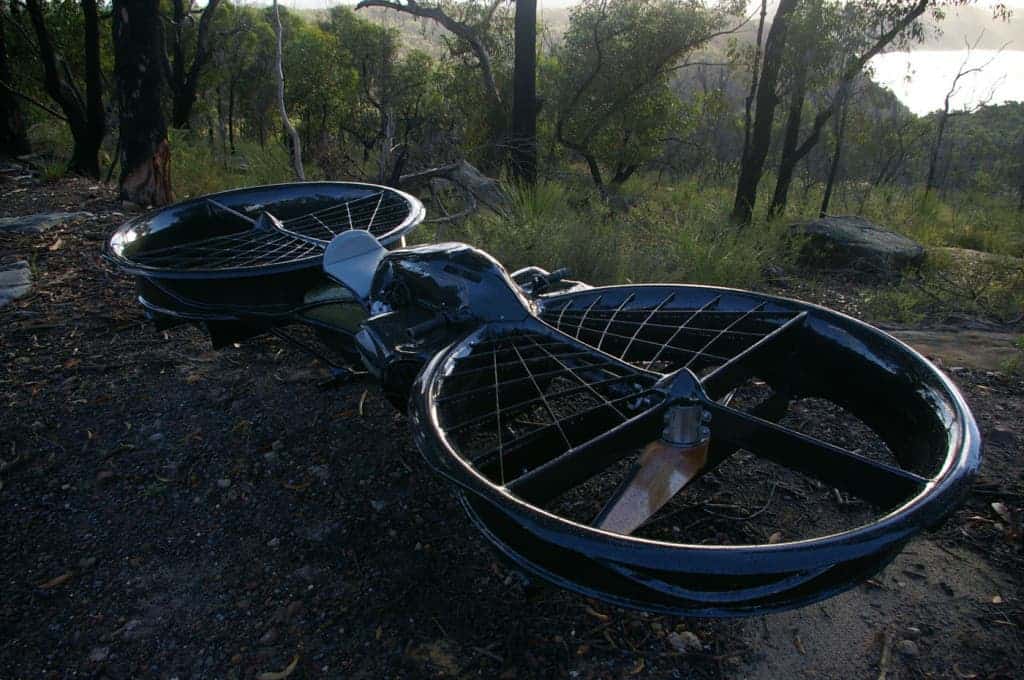 Even though you won’t be able to soar between trees like in high speed chase scenes from the forest moon of Endor any time soon, Malloy is making all kinds of optimistic projections regarding the hoverbike. He’s so far invested a lot of money and 3 years of pain staking work in his project, and while we don’t yet have a video of a working prototype in action, Malloy has been kind enough to supply some photos via his website. 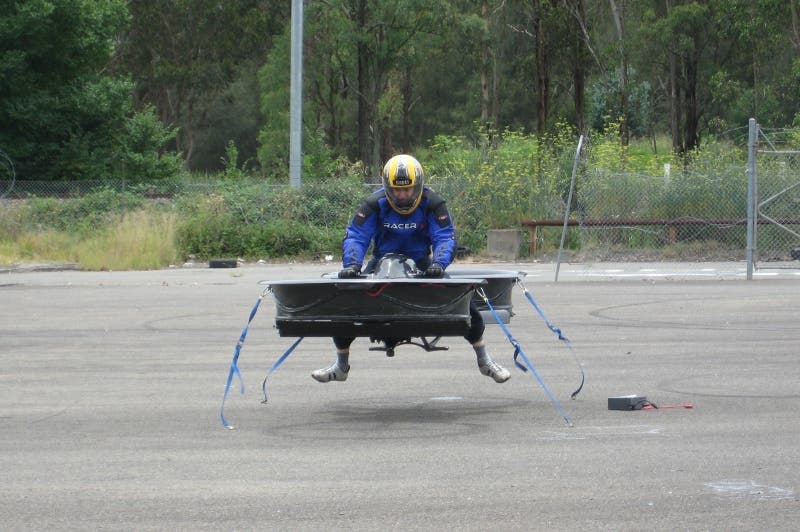 The concept might seem crazy, but how many of today’s engineering marvels didn’t start out from some wackos drawing board? Then again, it could fail. Gotta hand it to Aussies and their attachment to farm animals, though  – under listed applications for the hoverbike, besides things like aerial recognition, search and rescue, and so on, there’s aerial cattle mustering right on the top of the list. A-erial C-attle M-ustering. Space cow boys?! 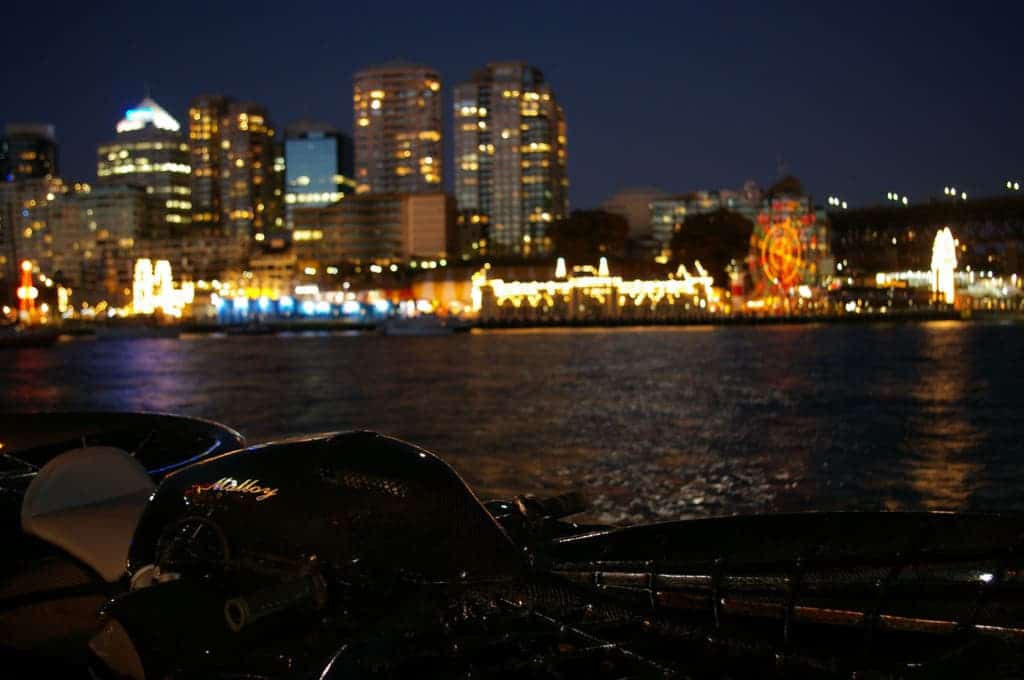 Although a working model isn’t yet available for purchase, Malloy claims that at a production run of 100 models a year, customers could expect a hoverbike running at $40,000 each, and if 1,000 are ordered, that cost could drop to something comparable to a performance motorcycle. 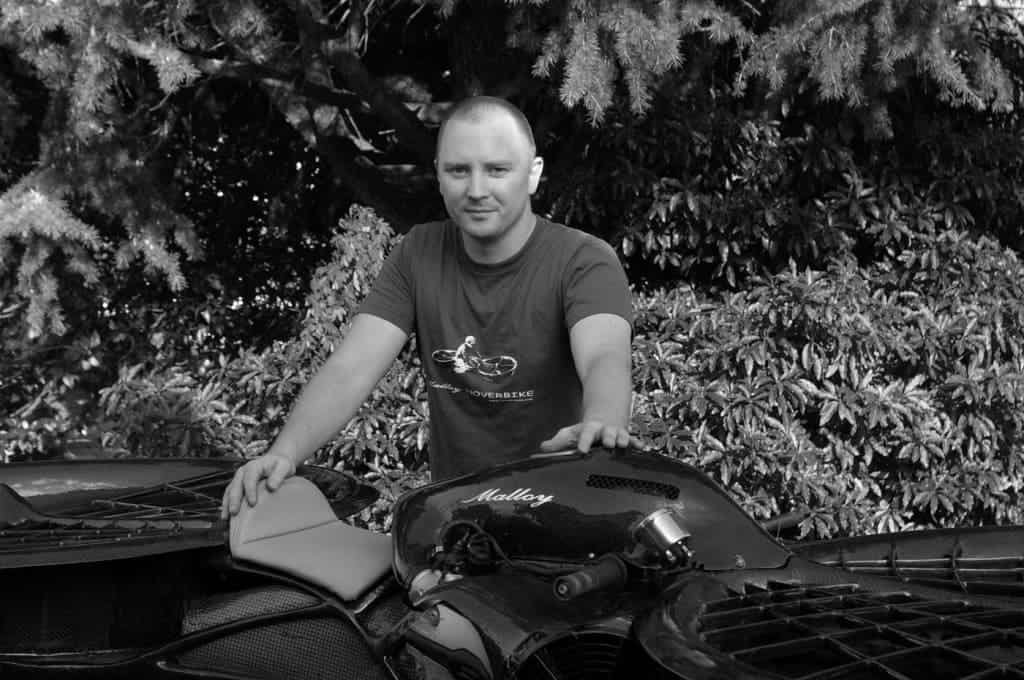 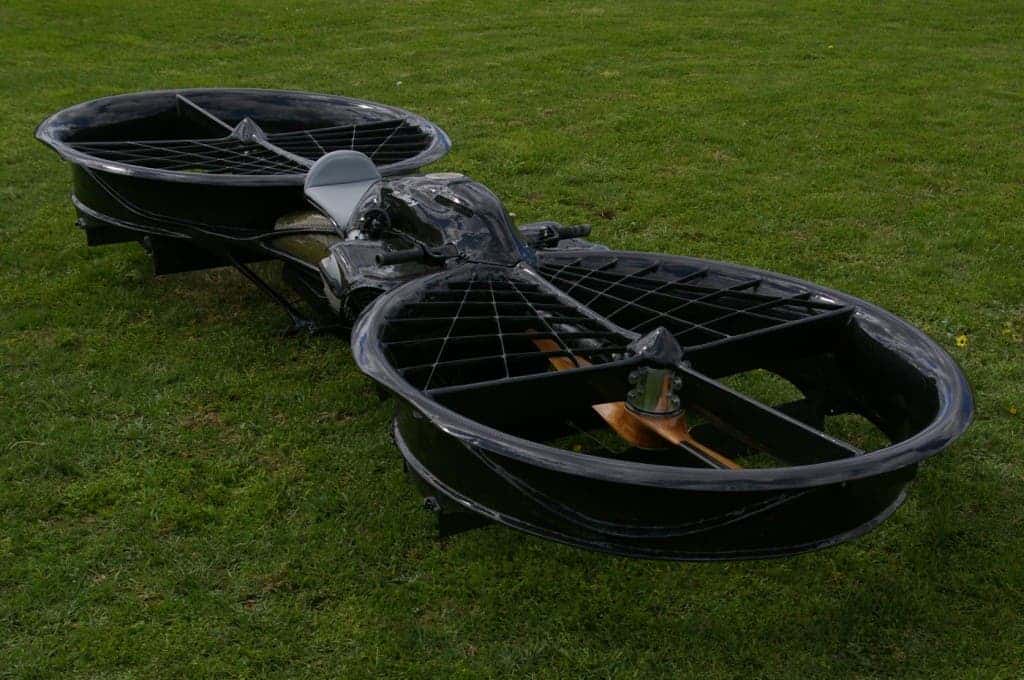 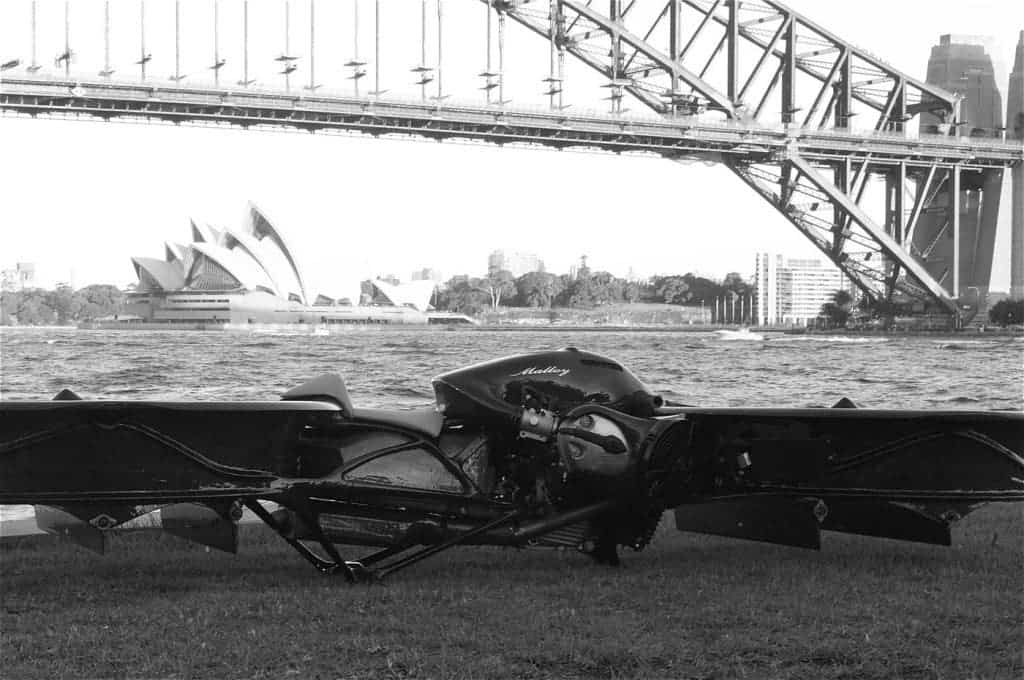 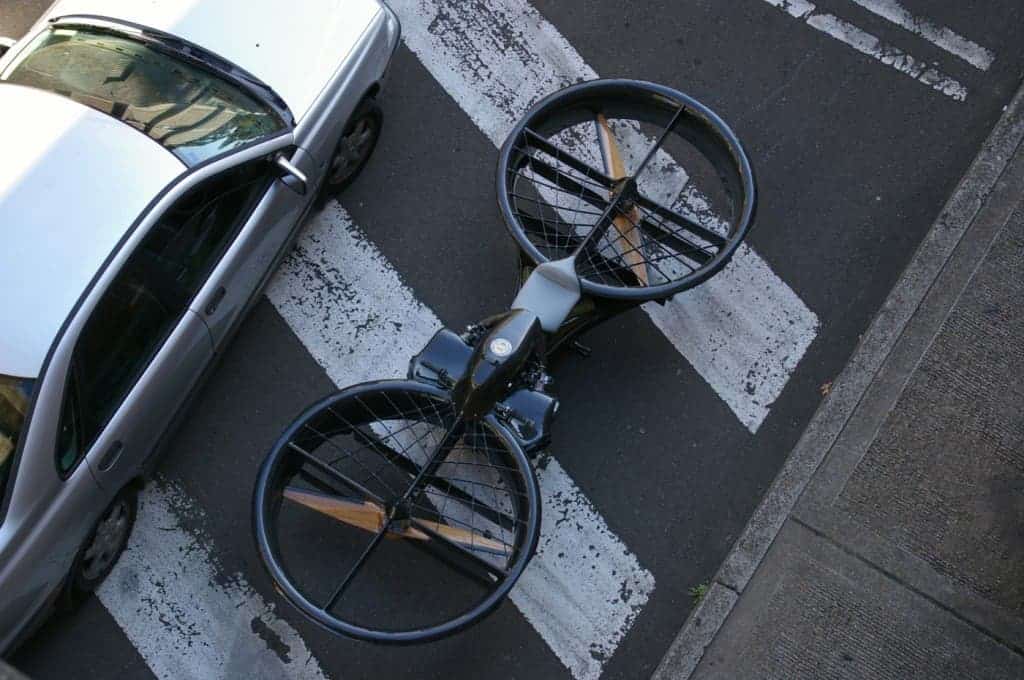