by Mihai Andrei
in Inventions, Robotics
Reading Time: 2 mins read
A A
Share on FacebookShare on TwitterSubmit to Reddit

In another sci-fi accomplishment, Swiss scientists have demonstrated how a partially paralyzed person can control a robot using only thought power, a step which promises to one day allow immobile people to interact with their surroundings through so-called avatars. 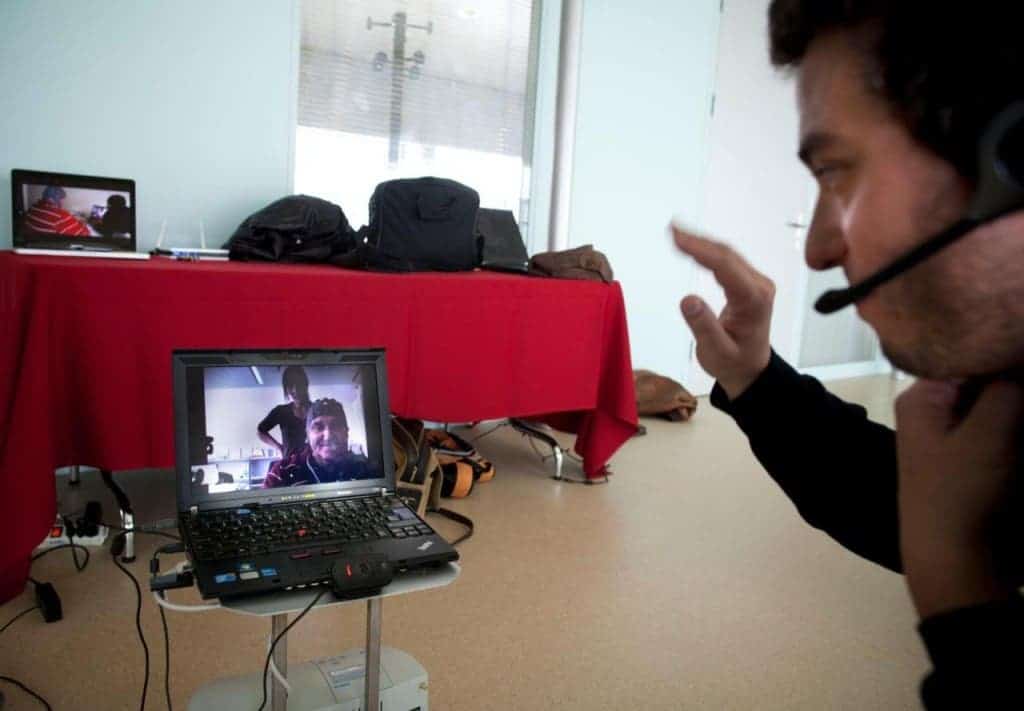 Similar projects have already taken place in the US or Germany, but they involved either able-bodied patients or invasive brain implants. Today, Tuesday, a team at Switzerland’s Federal Institute of Technology in Lausanne used only a simple head cap to record the brain signals of Mark-Andre Duc, who was at a hospital in the southern Swiss town of Sion 100 kilometers (62 miles) away. His thoughts, or rather the electrical signals created by his process of thinking when he imagined lifting his paralyzed fingers were decoded by a laptop almost instantly. The instructions were then transmitted to a robot scooping around the lab.

Duc lost control of his legs and fingers and is now a quadriplegic; he said controlling the robot wasn’t hard, on a good day.

“But when I’m in pain it becomes more difficult,” he told The Associated Press through a video link screen on a second laptop attached to the robot.

Basically, the pain creates a sort of background noise which interferes with the signal he sends, making it harder for the computer to decode the signal. The trick is that while the human brain is perfectly capable to send such signals, it is much harder for a paralyzed person, who must focus all his attention to achieve this feat.

“Sooner or later your attention will drop and this will degrade the signal,” Millan said.

While it isn’t easy to commercially create such devices, researchers believe we are only a few years away from seeing them in stores.