by Mihai Andrei
in Geology, Space
Reading Time: 4 mins read
A A
Share on FacebookShare on TwitterSubmit to Reddit

There’s gold in the asteroids – and there’s also platinum, cobalt, iridium, and many, many other precious or industrial metals; for this reason, they have been irresistible for a long time not only for scientists, but also for engineers, futurists, and more recently – tech billionaires.

Who wants to mine the solar system’s asteroids 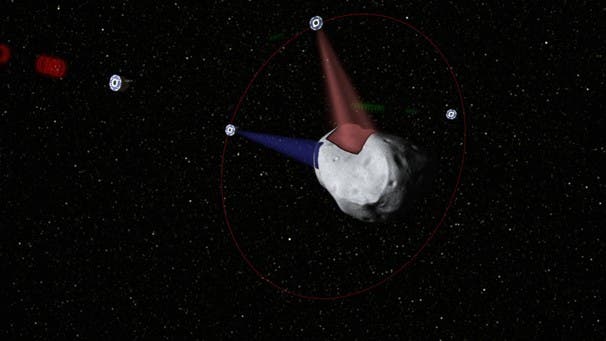 People such as Google Chief Executive Larry Page, Google Executive Chairman Eric Schmidt, director James Cameron and entrepreneur Ross Perot Jr. will announce their involvement in a new venture called Planetary Resources, Inc., which intends to send out swarms of robots to mine the riches of the solar system and bring them back to Earth, and, as they claim, bring back trillions of dollars in the process, paving the way for future human space exploration and calming the spirits regarding the consumption of resources.

“The resources of Earth pale in comparison to the wealth of the solar system,” said Eric Anderson, who founded the commercial space tourism company Space Adventures, and is co-founder of a new company along with Peter Diamandis, who started the X Prize foundation, which offers prize-based incentives for advanced technology development.

Aside from NASA and other national space agencies, Anderson and Diamandis are the best people to rely on for such a venture, and they seem more than interested in this idea; this makes the whole idea of private space flight even more appealing.

“The Earth is a crumb in a supermarket full of resources,” Diamandis told an audience at Oxford University at the time. He said that the government is “unable to take the risks required to open up this precious frontier” and that entrepreneurs are the ones with the resources and willingness to lead the drive into space.

Why it makes sense

According to Wikipedia, a single asteroid with a diameter of 1.6 km contains more than 20 trillion US dollars. Platinum-type metals represent the main prize for today’s market, but as the technology continues to evolve, it’s likely other metals will prove to be economically viable.

“Platinum-group metals (PGMs) are likely to be the only material from asteroids that will prove economically viable to be transported back to Earth’s commodity markets,” Sanchez told InnovationnewsDaily. “PGMs are in high demand, and will be even more in the future.” 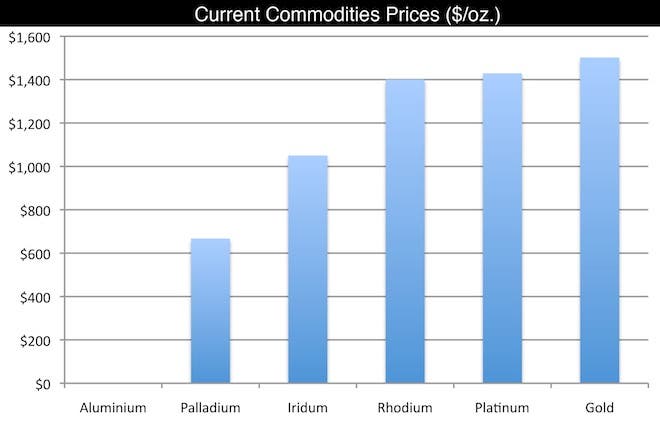 Despite the promise of such astronomic profits, most investors get scared by the massive funds required and the uncertainties of such an enterprise. But when you have the big guns from Google and several other huge names, the balance seems to tip a little in your favor. But this new undertaking will be much more than anything Anderson and Diamandis have attempted ever before – with many high hurdles to pass. The first hurdle is making sure everything is legal.

How it could work

This is an unprecedented challenge – and a Herculean one. The only asteroid material ever brought back to Earth comes from JAXA’s (Japanese Space Agency) mission in 2010, which brought back a few hundred dust particles from asteroid 25143 Itokawa. So how could we possibly bring back hundreds of tons – while also making it cost effective?

According to researchers, one way is to find useful asteroids and try pulling them a little closer to Earth. A relatively low power solar electric ion engine could give the asteroid just a nudge, big enough to bring it closer to home, making it practically a second moon orbiting our planet.

A recent feasibility study conducted by a team of scientists and engineers for the Keck Institute for Space Studies looked at exactly this proposition in order to use an asteroid for scientific and manned exploration. The team concluded that such a technology exists, but it requires at least $2.6 billion in funding. If Planetary Resources went this route, it would require quite a lot of initial funding, not to mention the transportation back to Earth.

“It’s one thing to understand the mining and refining processes and another thing to actually build it,” said JPL engineer John Brophy, who co-authored the paper. “And everything in space tends to be harder than you think it will be.”

While Planetary Resources seems pretty adamant in achieving these goals, many believe this is still a sci-fi topic.

“Right now it would be like a big oil tanker dropping anchor off the coast of medieval England,” said Wired Science’s resident space historian David S. Portree. “The medieval English might identify the oil as a useful commodity, but wouldn’t be able use enough to profit the tanker crew. Heck, they wouldn’t know how to get it off the tanker, except in wooden pails and rowboats.”

It’s still not clear how things will develop, but one can only wonder if we’re already living in a sci-fi era.