In the future: laptops powered by typing

by Tibi Puiu
in Inventions, Nanotechnology, Research, Technology
Reading Time: 2 mins read
A A
Share on FacebookShare on TwitterSubmit to Reddit 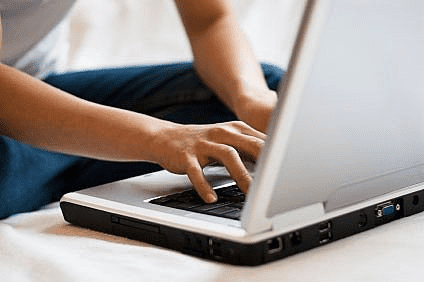 What if you could power regularly used consumer electronics, like for say a laptop, just by using them? It’s an incredible prospect, one which Australian scientists from the Royal Melbourne Institute of Technology (RMIT) hope to turn into reality in the near future. Harnessing the power of piezoelectric technology, researchers successfully embedded a piezoelectric thin film whicn turns mechanical pressure into electricity, thus a laptop was powered by typing.

One of the current top priorities for laptop manufactures is to strive for an ever increased battery autonomy. Current leading edge laptops can last for up to 10 hours with a full charged battery, some companies have even successfully managed to create solar powered notebooks, but considering their cost and dependency on the sun waves they can’t be considered to be very effective. A reliable solution might comes from RMIT scientists, however.

Piezoelectricity was first discovered and used in the 19th century, one of the most common application being electric cigarette lighters, which use piezoelectric crystals to create a flame. Piezoelectric bulk or block materials (like crystals or ceramics) have been studied thoroughly, but research on thin films is relatively new, according to the lead co-author of the research, Dr. Madhu Bhaskaran.

The scientists were able to quantify the amount of energy that can be generated by piezoelectric thin films coatings. “Our study focused on thin film coatings because we believe they hold the only practical possibility of integrating piezoelectrics into existing electronic technology,” Dr. Bhaskaran said.

She believes it is possible to implement the discovery into consumer electronics on a wider scale. “The power of piezoelectrics could be integrated into running shoes to charge mobile phones, enable laptops to be powered through typing or even used to convert blood pressure into a power source for pacemakers – essentially creating an everlasting battery.”

Nanotechnology is still not accessible for consumer electronics at a large scale because of its high cost, still the thought that you can have your laptop power up simply by typing is incredibly exciting alone. Knowing that his is possible and has been already proven is even more overwhelming.