A grad student from the prestigious college has created an actual flying carpet, that moves thanks to “ripple power waves” that come from an electrical current which are driven forward from air packets. 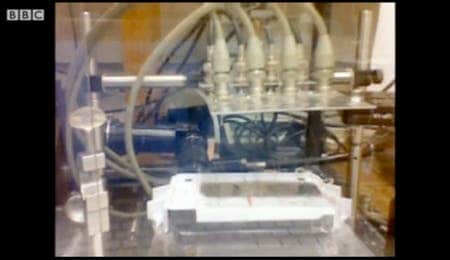 At the moment, the device moves at only 1 cm per second, but it is only the first prototype, and can be improved greatly, even to move up to speeds over 1 meter per second. The inventor, Noah Jafferis, explains that it also can’t lift itself too much from the ground.

“It has to keep close to the ground, because the air is then trapped between the sheet and the ground”.

But that doesn’t make it any less awesome, especially since in the nearby future, it can also be powered by an independant power supply, such as solar panels for example. Jafferis explains how it works:

“[We] use integrated piezoelectric actuators and sensors to demonstrate the propulsive force produced by controllable transverse traveling waves in a thin plastic sheet suspended in air above a flat surface, thus confirming the physical basis for a ‘flying’ carpet near a horizontal surface. Experiments are conducted to determine the dependence of the force on the height above the ground and the amplitude of the traveling wave, which qualitatively confirm previous theoretical predictions.”

The device creator was inspired to build this magic carpet after reading a mathematical paper he read shortly after starting his PhD studies at Princeton. Following this, he abandoned what seemed to be an extremely promising project involving electronic circuits with nano-inks for a much more romantic project, which reminds more of Alladin and his magic lamp, rather than 21st century engineering. But everything went out just fine, and the results were great. Even Prof James Sturm, who leads Mr Jafferis’ research group conceded that the work seemed like fighting with windmills at times.

“What was difficult was controlling the precise behaviour of the sheet as it deformed at high frequencies,” he said. “Without the ability to predict the exact way it would flex, we couldn’t feed in the right electrical currents to get the propulsion to work properly.”

Harvard University’s Lakshminarayanan Mahadevan, who wrote the 2007 paper in Physical Review Letters that inspired the whole project was surprised and delighted to see how his work was put into practice.

“Noah has gone beyond our simple theory and actually built a device that works,” he said. “And what’s more, it behaves, at least qualitatively, as we had predicted.” 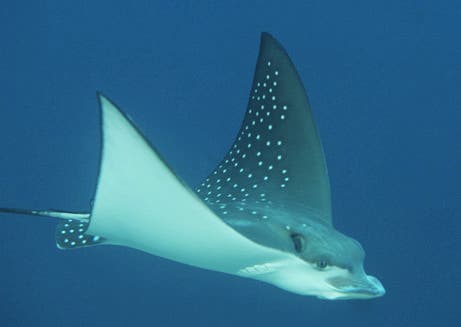 But even though this worked out better than most expected, it still won’t be the best vehicle around; and it actually has more in common with a hovercraft or a sting ray than a plane. But the advantage of this kind of propulsion is that there are no moving components like cogs and gears that rub against each other, which can bring numerous significant benefits in the nearby future.