by Mihai Andrei
in Animals, News, Research
A A 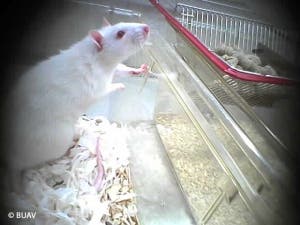 The Imperial College London is one of the most prestigious Universities in the world, but they are currently under severe criticism today from an independent review set up in the wake of allegations of malpractice. As the report claims, the university’s animal research facilities are understaffed, under-resourced, and they don’t follow requirements in terms of management, training, supervision or ethics.

Imperial appointed Brown after an undercover investigation by London-based campaign group BUAV (British Union for the Abolition of Vivisection), which in April alleged that many animals at the university’s facilities were subjected to severe suffering.

“Across a whole number of areas there needs to be significant improvement,” says Steve Brown, director of the Medical Research Council Mammalian Genetics Unit in Harwell, UK, and the man appointed to chair the review.

Interestingly enough, the ICL didn’t try to deny any of the accusations, accepting the recommendations and stating that “there is significant scope for improvement”.

This is not to say that the animals are mistreated in any way – the report concludes that there is an overall ‘high quality animal husbandary and animal care’ – but not to the extent you would expect from such a high level university.

Still, regardless of the problems they are facing, I have to applaud their response to the report. They didn’t try to excuse themselves, they didn’t try to deny anything, they accepted the recommendations:

“The College will now move quickly to implement the recommendations,” said a statement from the university. “The committee commended the high standards of husbandry and animal care at Imperial. However, the College accepts that there is significant scope for improvement in aspects of the operation, management and oversight in order to become a world leader in animal research.”

But their good response doesn’t eliminate the need for improvement. Sarah Kite, director of special projects at the BUAV, says that the conclusions reached by the report are “damning”:

“It shouldn’t have been down to the BUAV to uncover these failings,” says Kite. “If this is happening in one of the UK’s leading universities, it raises the question of what could be going on in other facilities around the country.”