by Mihai Andrei
in Biology, Geology, News
Reading Time: 2 mins read
A A
Share on FacebookShare on TwitterSubmit to Reddit

Researchers have discovered the earliest evidence of a bird pollinator visiting flowers, presumably to feed on the nectar – if true, this means that bird pollinator/plants interactions were already taking place 47 million years ago. 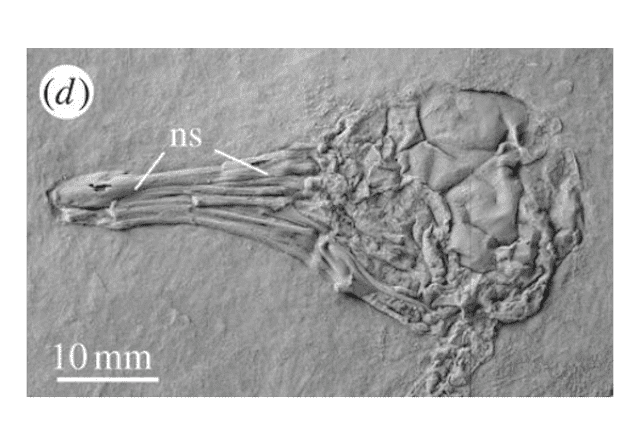 When you think about pollinators, you mostly think about bees or butterflies – but birds are significant pollinators too. Birds, particularly hummingbirds, honeyeaters and sunbirds accomplish much pollination, especially of deep-throated flowers. Even some monkeys, lemurs, possums, rodents and lizards act as polllinators, though at a much smaller scale.

However, researchers don’t know that much about the evolutionary history of pollinating birds. Now, Gerald Mayr and Volker Wilde from Senckenberg Research Institute and Natural History Museum Frankfurt report the earliest evidence of flower visiting by birds.

As you might guess, finding such evidence is really hard – you basically have to catch them fossilized in the act, or have a fossil so well preserved, that you can make some indirect deductions; in their new study, they describe such a well perserved fossil.

The complete skeleton of a small, ancient bird (Pumiliornis tessellatus) from the middle Eocene of Messel, Germany, was found in oil shale pits in 2012. The fossil is so immaculately preserved that you can actually observe the contents of its stomach: pollen grains from eudicotyledonous angiosperrms. Researchers believe the grains were ingested when the bird was hunting for nectar in the flowers. Here’s a picture of the fossil, with the pollen grains highlighted. The stomach contents also feature an iridiscent insect. 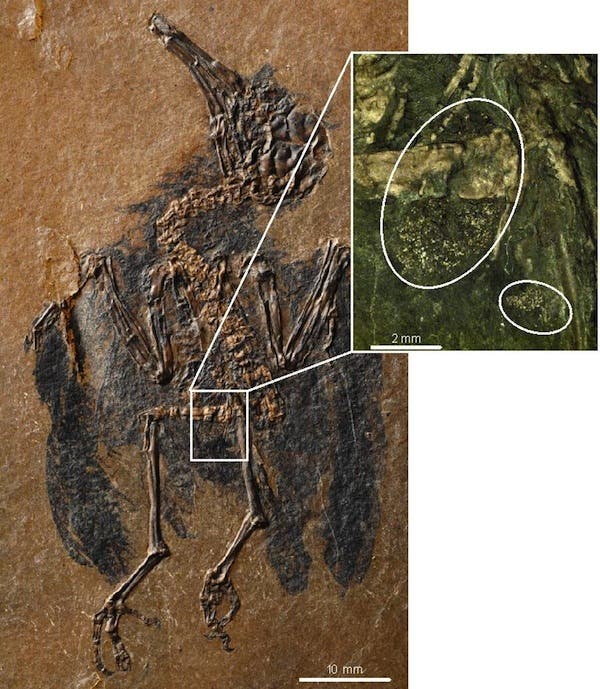 The nectar guzzling bird in case was pretty small, measuring about 8 centimeters long and weighing probably between 5 and 10 grams – comparable to the hummingbirds we see today. Furthermore, its general physiology suggests that it was a nectar collector: it had long, slender nasal openings and a fourth toe that could be turned backward meant the bird could clasp or climb branches, and was also very useful for visiting flowers.

P. tessellatus was not that well understood, as it was only known through two other specimens, and none of them was as well preserved as this one. According to Mayr, pollinating birds probably existed before 47 million years ago, and this began shortly after birds started to take flight.