by Mihai Andrei
in Biology, Geology
Reading Time: 1 min read
A A
Share on FacebookShare on TwitterSubmit to Reddit

During the geologic period called the Cambrian, life absolutely exploded, trying to fill all the ecologic niches suddenly made available. As a result, life took on many, and often times weird shapes – compared to what we know today, that is. Such is the case with Spartobranchus tenuis – a species previously unknown to science. 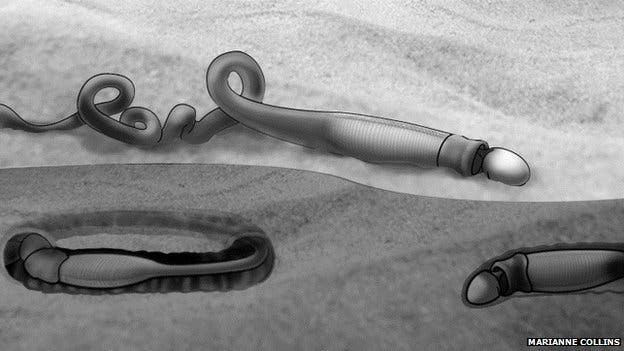 However, this particular species has close relatives which still live on today, showing that some of nature’s wicked experiences were actually successful. 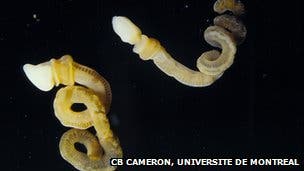 The fossils are just over 500 million years old, and are about as big as an earthworm, “but unlike an earthworm that’s segmented from its front end to its back end, these guys just had three distinct body segments,” said research team member Dr Christopher Cameron from the University of Montreal, Canada.