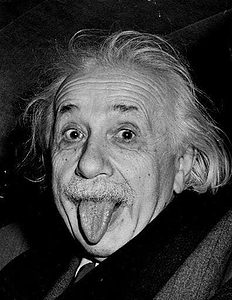 This time last year, the whole scientific community was faced with one of the most controversial findings in recent history – namely, that neutrinos could travel at a speed greater than the speed of light, fact which would directly contravene with Einstein’s Theory of Special Relativity and, in consequence, force scientists to rethink the fundamental laws that govern the Universe. Last week, at the XXV International Conference on Neutrino Physics and Astrophysics, or Neutrino 2012 in short, the year’s major findings related to neutrinos was discussed. It was generally agreed by the attending scientists there that neutrinos are extraordinary particles, which exhibit still poorly understood characteristics, and at the same time, maybe more importantly, the scientists gathered there concluded and perfectly illustrated once and for all that neutrinos CAN NOT and WILL NOT ever travel faster than the speed of light.

The announcement which came from OPERA, the team of researchers from CERN which released the controversial claim following thorough experiments at  Italy’s Gran Sasso facility, was met with intense scrutiny even from the get go. A lot of theories were argued, each pointing to a different factor which may have pointed toward the 60 nanoseconds error. And an error it was, indeed, since later investigations confirmed that  the results were the product of an improperly seated optical cable in the OPERA experiment. The time delay introduced by this ill-placed cable was extremely small, but just enough to tamper with results.

Moreover, other scientific teams independentely recreated their own version of the OPERA experiment, most notably the MINOS team, which used protons from the Tevatron’s accelerator chain to produce neutrinos that were detected in a mine in Minnesota. Their results showed that the neutrino arrival time was consistent with the speed of light within experimental error; an experimental error which was about half the size of the original speed difference spotted by OPERA.

Long story short, the faster than light neutrino question has been officially and implacably debunked.