A great explanation of Einstein's theory of relativity for laymen.

by Tibi Puiu
in Books, Science
Reading Time: 3 mins read
A A
Share on FacebookShare on TwitterSubmit to Reddit 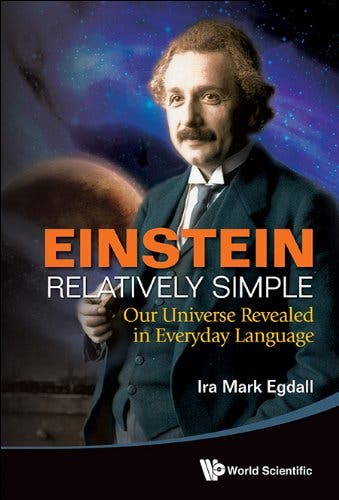 In 1687, Isaac Newton published his groundbreaking Philosophiæ Naturalis Principia Mathematica, where he outlined his Three Laws of Motion and law of Universal Gravitation. For more than 300 years these were accepted without question because they predicted sufficiently accurate how mechanical systems would behave. This was the status quo until the beginning of the last century. That’s until Albert Einstein’s seminal papers revolutionized the way scientists think about space and time.

Albert Einstein shook the foundations of physics with the introduction of his Special Theory of Relativity in 1905, and his General Theory of Relativity in 1915. The first paper showed that Newton’s Three Laws of Motion were only approximately correct, breaking down when velocities approached that of light. The second showed  that Newton’s Law of Gravitation was also only approximately correct, since gravity is directly influenced by how strong gravitational fields are.

Today, Einstein is perhaps the most easily recognized scientist in history. His most famous equation E=mc2, which proves the equivalence of mass and energy, is extremely rampant in popular culture, encountered everywhere from TV cartoons to etched baseball caps. Yet, ask most people who share Einstein’s quotes on facebook what does E=mc2 stand for or what his theories of relativity imply, and they’ll shrug. “Einstein’s a genius – I’ll never understand his work,” some might wrongfully say. Well, here’s an Einstein quote to get you started “It’s not that I’m so smart, it’s just that I stay with problems longer.”

However, to understand Einstein’s most fundamental theorems you need not experience the same mental strain Einstein went through. Countless books have been written that seek to explain special and general relativity to the general public, and I’ve yet to found a more reader friendly book on relativity than Ira Mark Egdall’s “Einstein Relatively Simple: Our Universe Revealed.” The whole book is riddled with real life examples that almost anyone can relate to, all set in a humorous tone. Most of all, the language is so clear that even a fifth grader will come to understand relativity – in fact, Egdall hints in one of his chapters how primary school kids will be studying Einstein’s theories just as they do Newton’s today. The intellectual gap between the two views, one classical, the other relativistic, lies more in perception, than in genuine intellectual stress. It’s all relative!

Of course, you’ll find some equations, but they’re well explained physically such that laymen might grasp the essence without becoming lost in the mathematical details. Seasoned readers who aren’t afraid of math and hardcore physics have quite a few annex sections where they can delve deeper into Einstein’s process.

Understanding relativity becomes easier if we understand Einstein too. Filling his shoes, if just for a brief moment, brings us closer to his process, his creative thinking and ultimately grants access to the well of information the great physicist revealed to the world. Egdall follows these thoughts and is sure to fill is on some of Einstein’s most important personal turning points, whether it was his relationship with his parents or wife, or his conflictual episodes with conventional education and academia. All without turning the book into a 2nd rate biography. It stays true to itself – it’s a book on relativity!

All in all, I’d recommend this book to anyone who wants to grasp some of the most important works in modern physics, for ultimately without relativity we would never had learned about the Big Bang, black holes and our view of the universe would have been significantly poorer.