by Mihai Andrei
in Mind & Brain, Research
Reading Time: 2 mins read
A A
Share on FacebookShare on TwitterSubmit to Reddit

In the not so distant future, scientists could be able to eavesdrop on a patient’s inner monologues or communicate with those who cannot speak, thanks to a breakthrough made by researchers from the University of California, Berkeley.

They have astonishingly managed to crack the ‘code’ of a brain wave by decoding electrical activity in a region of the human auditory system called the superior temporal gyrus (STG). Basically, by analyzing the STG activity they were able to reconstruct words that subjects listened in conversation by attaching electrodes to their bare brains. 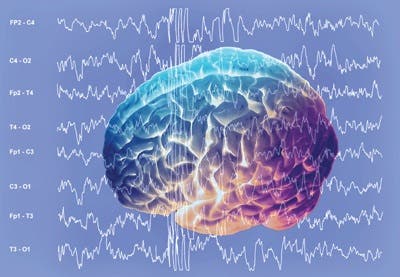 During surgery, patients were played recordings of people speaking average conversations; even though they were ‘asleep’, their brains still processed the data, and as they did, the electrodes transferred the information to a computer which then calculated how the brains responded according to the speech frequencies they heard. It could therefore reproduce a sound close enough to the original word for the researchers to guess the word quite accurately. Of course, the first use they thought of was in a new type of prosthetic.

“This is huge for patients who have damage to their speech mechanisms because of a stroke or Lou Gehrig’s disease and can’t speak,” said Robert Knight, Professor of Psychology and Neuroscience at UC Berkeley. “If you could eventually reconstruct imagined conversations from brain activity, thousands of people could benefit. “

For example, people like Stephen Hawking could make themselves heard using this technology which processes their own thoughts. However, this research is focused only on people who hear actual sounds and interpret them.

“But to use this for a prosthetic device, these principles would have to apply to someone who is imagining speech,” cautioned Brian N. Pasley, leading author. “There is some evidence that perception and imagery may be pretty similar in the brain. If you can understand the relationship well enough between the brain recordings and sound, you could either synthesize the actual sound a person is thinking, or just write out the words with a type of interface device.”

However, the research was based only on 15 people and the technique is far from being viable, and there will be some serious obstacles to be crossed, not only for the researchers, but for subjects as well – it works only on patients who are undergoing neurosurgery and willing to have 256 electrodes attached to their exposed brains. Still, the benefits are huge, and just stop a moment and think about it: researchers are close to intercept people’s very thoughts – something which seemed sci-fi even 10 years ago, even for other scientists.

“I didn’t think it could possibly work, but Brian did it,” Knight said.