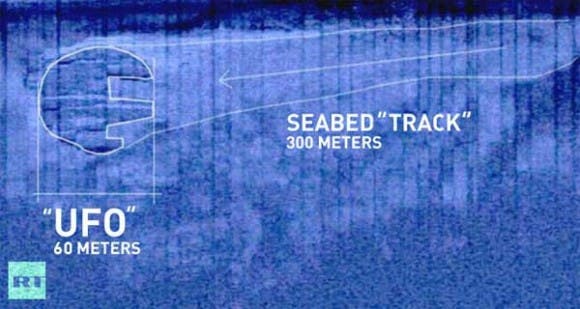 In the summer of 2011, Swedish marine explorers looking for various goods from shipwrecks, which sank in the Baltic Sea a long time ago, came across a peculiar discovery. The Swedish treasure hunters’ sonar revealed an extraordinary image: a formation of objects at the bottom of the sea that bears an uncanny resemblance to Star Wars’ fabled Millennium Falcon.

One year later, Swedish divers set on an expedition and took a closer look at the vestige site. In the depths, the explorers found that the site shaped like an almost perfect 60 meters in diameter circle, which mainstream press outlets were quick to stamp it as a UFO landing site, is actually a circular rock formation.

It was “like small fireplaces” with stones covered in “something resembling soot”, according to the team of underwater researchers who dubbed themselves Ocean X Team.

Scientists are still examining the footage from the expedition, but the whole site appears to be a giant stone, “the kind divers see in keys and harbors” — a peculiar formation, granted, but… just a stone. Well, I guess Han Solo didn’t park his ship there after all.

“It’s not obviously an alien spacecraft. It’s not made of metal,” said  Peter Lindberg, the leader of the Ocean Explorer team. The scientist didn’t miss the opportunity to make a little fun of the situation, though . “Who says they had to use metal?” he joked. “This trip has raised a lot of questions.” 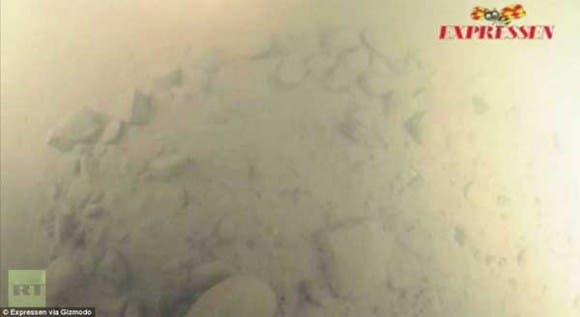 While the whole deal, which was deviously portrayed from the get go by the media, has been freed of its extraterrestrial aura, this expedition raises some intruiguing questions.

For one, the rock isn’t covered at all in silt, which should have typically occurred on the bottom of the sea, Lindberg said. Even more odd for a seemingly natural formation, the main object is disc-shaped and “appears to have construction lines and boxes drawn on it,” Lindberg said. “There are also straight edges.”

Also, “the surface has cracks on it,” said Lindberg. “There is some black material in the cracks, but we don’t know what it is.”

Many samples have been passed on to scientists, and more detailed footage of the site has been promised by the diving expedition. If anything, though, this discovery perfectly illustrates man’s power of fitting patterns together, something that has allowed for one of the world’s greatest scientific discoveries to be made, but which also plunged man in making demented claims.

There’s a thin line between reason and imagination.