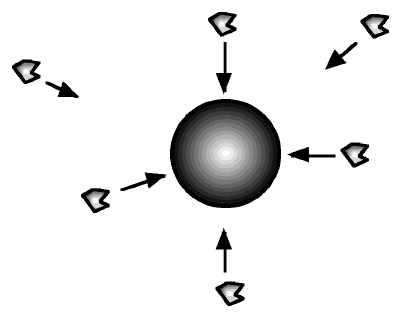 Every day you hear about locations where the laws of physics appear not to apply or where anomalies take place every day; a big part of them are just hoaxes or are caused by misinterpretation of data but there are some which we have not been able to explain. According to an austrian physicist the whole planet is turning into a huge Bermuda Triangle. This theory he stated is supposed to be based upon heavy research and statistic.

Gunther Bildmeyer is his name and he says that “In this day Earth’s magnetic field is in fact 10% weaker than it was 150 years ago when the first measurements were conducted and it is getting weaker faster and faster”. “Should this be the case then a hundred years from now people are going to float here just as astronauts”. The conclusions which follow this are devastating. Effects vary from electromagnetic storms to shifts in Earth’s climate and an increase of solar radiation.

[digg-reddit-me]His theory is even more stunning as he says that this took place before. “This process happened a few times in the past and life was affected but it was not extinct. The problem is that now man is targeted directly because it is the first such incident our species witnesses. The previous event took place 780.000 years ago”. The physicist claims that it is happening because of the subtle shifts in Earth’s core.

“It somewhat resembles breathing. When the planet breathes in th masses of incandescent metal rise towards the surface and the field is more intens and when the planet breathes out the metal goes down and the gravity field is weaker. This cycle takes hundreds of thousands of years.”. Gunther Bildmeyer is not that well known. This could just be the sayings of a modern mad scientist or it could be the harsh truth. There are still things about our planet we know nothing about.