Robot juggling 5 balls; this. Is. AWESOME

You can add another thing to the list of robots do and 99.99% of humans can’t; this time, it’s all about juggling. Students from the Department of Control Engineering at Prague’s Czech Technical University have managed to create a robot that can juggle up to 5 balls, something that even most jugglers have a hard time mastering.

Here is the video, and below it you can find additional details. 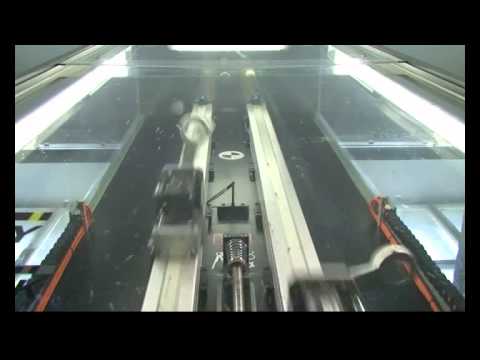 The robot creates balance by moving its arms and an extremely interesting system for ball management. Three motors are used, one for each arm, and one as a central motion center. The machine is also capable of picking up any balls that fall and adding them to the juggling collection; if you watch the video real close, you’ll see this towards its end.

The robot also uses a high-speed camera in order to track the paths of the balls, but most of the calculations don’t rely on visual stimulus, but on loops that are built in the motors. The robot is learning more and more each day also. At first, it was only able to juggle 3 balls, but it slowly moved its way up to five. It will be much harder learning to do it with 6, but researchers are probably going to go for it, and maybe soon enough the robot will be as good as this guy (who juggles 7 balls for over 11 minutes).