Science Myths and Misconceptions You Probably Belive Are True

The world (and especially the internet) is riddled with false information and misconceptions - it's time to set this straight. Here, we'll debunk some of the most common misconceptions and also cite the real, scientific information. So, here are things which most people believe, but are actually wrong:

The world (and especially the internet) is riddled with false information and misconceptions – it’s time to set this straight. Here, we’ll debunk some of the most common misconceptions and also cite the real, scientific information. So, here are things which most people believe, but are actually wrong:

The Vomitorium was a room in which the Romans vomit 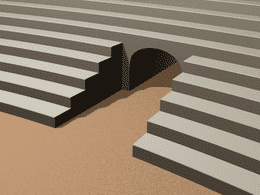 A Vomitorium. Image via Wikipedia.

Sure, it may sound like that, but the Vomitorium was actually the passage through which Romans entered stadiums. It was created for big crowds to go in and out of the stadium fast. [source]

Seriously, who could even believe that? This misconception has been around since when Einstein was living, and he was quoted as saying: “I never failed in mathematics… Before I was fifteen I had mastered differential and integral calculus.” He did however fail the entrance exam into the Swiss Federal Polytechnic School on his first attempt in 1895 – but he was 2 years younger than his colleagues, and scored exceptionally high on math and science. [source]

You can see the Great Wall of China from the Moon

None of the astronauts who actually went to the Moon reported seeing any buildings from Earth. In fact, shuttle astronaut Jay Apt has been quoted as saying that “the Great Wall is almost invisible from only 180 miles (290 km) up.” ISS commander Chris Hadfield attempted to find it from space, but said that it was “hard as it’s narrow and dun-colored.” [source]

While they seem to get cancer rare than humans, sharks do get cancer – namely skin cancer. The misconception was spread around by the book Sharks Don’t Get Cancer by I. William Lane [source]

This one is not really science related, but I decided to include because it’s important. The police don’t demand a 24 hour waiting period, that would simply be stupid. [source]

No, they don’t. They mainly salivate through their foot pads. However, they do use panting as a way to regulate their body temperature. [source] 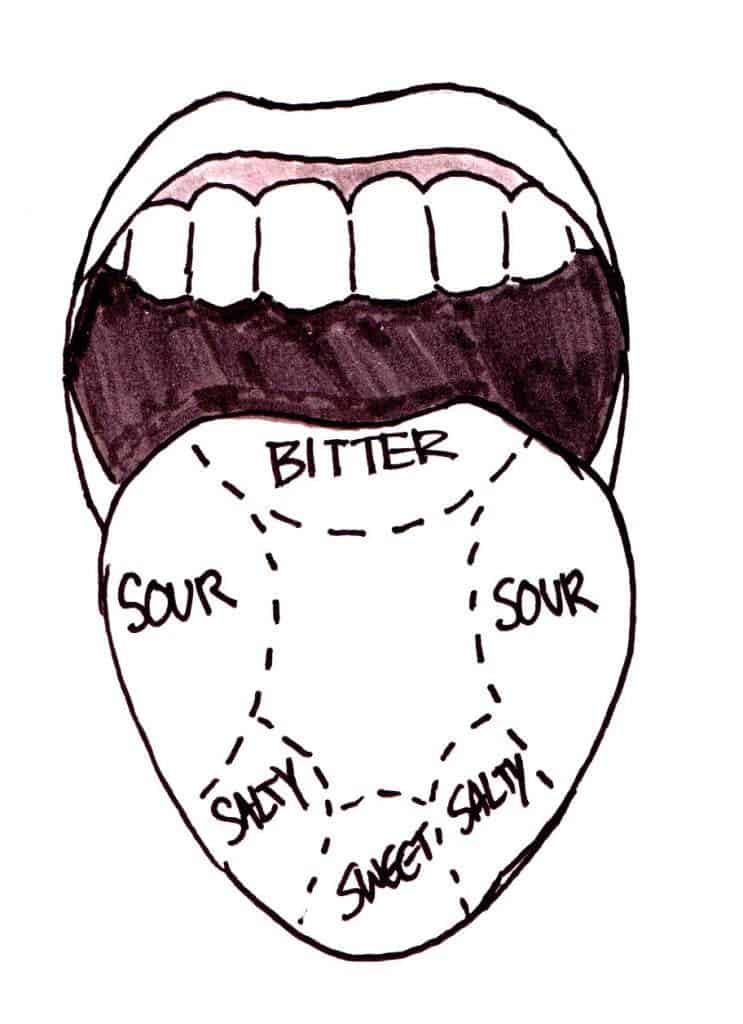 Seriously, anyone who’s ever eaten should know this is not true. You taste all tastes with all your tongue, but some areas have slightly increased sensitivities. The confusion stems from the a mistranslation of 1901 German thesis. [source]

Uhm, yeah… they’re not. They are called black holes because they have a huge mass, and therefore greatly attract any object that’s close enough. Another common misconception is that their gravity is somehow different from that of other bodies. They have the same gravitational effects as any other equal mass in their place, it’s just that they are very small (and therefore extremely dense). [source]

Meteorites are hot when they hit the Earth

They’re not – quite often, they’re still frozen, they don’t from friction with the atmosphere. The molten material is blown off and the interior doesn’t really warm up. As a matter of fact, the heat of entry is not (primarily) caused by friction, but by adiabatic compression of air in front of the object. [source]

We only use 10 percent of our brain

The 10 percent myth is a longstanding one. While it is true that a small minority of neurons in the brain are actively firing at any one time, the inactive neurons are important too – and even when they’re inactive, you can’t really say that we don’t use them. [source]

Vikings wore horns on their helmets

There is absolutely no evidence or even the slightest indication that vikings wore horns on their helmets – nada, zilch. That idea actually comes from the scenography of an 1876 production of a 19th century opera by Richard Wagner. [source]

While 70% of all bats rely on echolocation to get by, all bat species have eyes and can see quite decently. As a matter of fact, almost all bats in the megabat or fruit bat family cannot echolocate and have excellent night vision. [source]

Waking up sleepwalkers hurts them

It’s actually recommended to (gently) wake up someone who is sleepwalking. Otherwise, they may injure themselves by tripping and/or falling. Such injuries are quite common among sleepwalkers [source]

Shaving your hair (or cutting it short) makes it grow coarser

This is one of the most common ones – people recommend this all the time, but it’s wrong. The hair only becomes wider and looks coarser. There is no scientific study which claims otherwise (and many studies have been made in the field). [source]

Ha! You might be really happy to hear this one – alcohol doesn’t actually kill brain cells! It can lead to that indirectly, but only in chronic users and alcoholics. Moderate use of alcohol doesn’t seem to damage the brain in any way. [source]

This is probably the misconception I hate the most. Seriously people, vaccinate your kids – it was only fraudulent research by Andrew Wakefield that started this entire madness. [source] 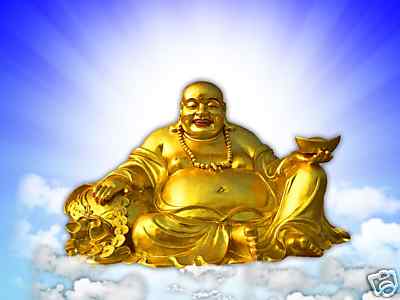 The “fat Buddha” is actually a 10th-century Chinese folk hero by the name of Budai. In Chinese Buddhist culture, Budai came to be revered as an incarnation of Maitreya, the Bodhisattva who will become a Buddha to restore Buddhism after the teachings of the historical Buddha, have disappeared from this world.

Coal is formed from prehistoric plants close to earth surface in specific conditions, and will rarely migrate deeper than 2 miles (3.2 km deep). Diamonds are formed in extreme heat and very deep underground, generally at depths of 90 miles (140 km). [source]

Lemmings go off to mass suicide

This misconception was popularized by the Disney film White Wilderness, which shot many of the migration scenes on a large, snow-covered turntable in a studio. Sadly, some photographers actually pushed lemmings off of cliffs to simulate this behavior and take pictures, further propagating the myth. Lemmings are actually pretty sane, lovable creatures. [source]

Jesus was born on 25th December

There is actually no indication that Jesus was born on that day – on the contrary, there are plenty of reasons why this isn’t true. The fixed date is attributed to Pope Julius the First because in the year 350 CE he declared the twenty-fifth of December the official date of celebration. This was a diplomatic measure more than a religious one, because the date fits with the Saturnalia, the date when the Romans celebrated winter solstice. [source]

Frankenstein was a monster

Evolution is a theory, therefore it can be wrong

Isaac Asimov, the famous SF writer said: “Creationists make it sound as though a ‘theory’ is something you dreamt up after being drunk all night.” The word theory in the theory of evolution does not imply mainstream scientific doubt regarding its validity; the concepts of theory and hypothesis have specific meanings in a scientific context. A scientific theory is a set of principles that explains observable phenomena in natural terms. Gravity is a theory too. [source]