by Mihai Andrei
in Anthropology, Health & Medicine
A A 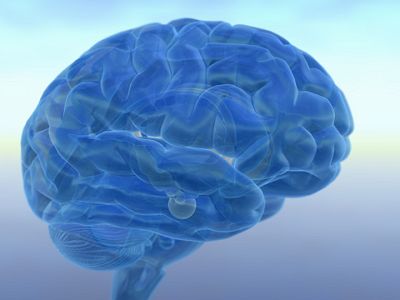 The media seems to be repeating the idea that we use just 10% of our brains and taking it as a given. Scientists have tried for years to change this misconception and they have clearly stated that there is no scientific evidence to suggest that we use only 10% of our brains. In fact it is very hard to say what using just 10% of your brain means. It could mean that you could cut 90% of your brain and be just fine or that you just use only one out of every ten nerve cells is essential or used at any one time.Start with the beginning. This is a myth. It is hard to track down where it started from; it probably originates in the work that Karl Lashley conducted in the 1920s and 1930s when he removed large areas of the cerebral cortex in rats and found that these animals could still relearn specific tasks. But we know for a fact that even a tiny damaged area of the brain could have devastating effects which shows that his work was misunderstood.

Brain scans show that the regions which are activated when we move or think or do any activity are spread in every part of the brain. This goes to show that the brain activity is not limited to 10% of the brain and not even to 10% of the neurons. There may be some areas which have no particular tasks or whose tasks we have not fully understood but they are not inactive. Neurons are permanently stimulated because without stimulation they would just die. So 90% of the neurons would die. But the intriguing thing is that in most cases we are not able to perform a number of activities at the same time.

So the good thing is that without using every neuron we have we can improve our brains because it matters not how many neurons we have but how many connections they have between each other. And note that evolution has never created a species whose organ with the biggest energy consume was 90% useless.