Her short career was absolutely remarkable – before she was 20, Haruko Obokata was accepted into the science department at Tokyo’s Waseda University, but that was only the beginning. Then she studied at Harvard University in what was supposed to be a half-year program, but advisers were so impressed with her research, they asked her stay longer. It was there that her career would be defined – for better and for worse. 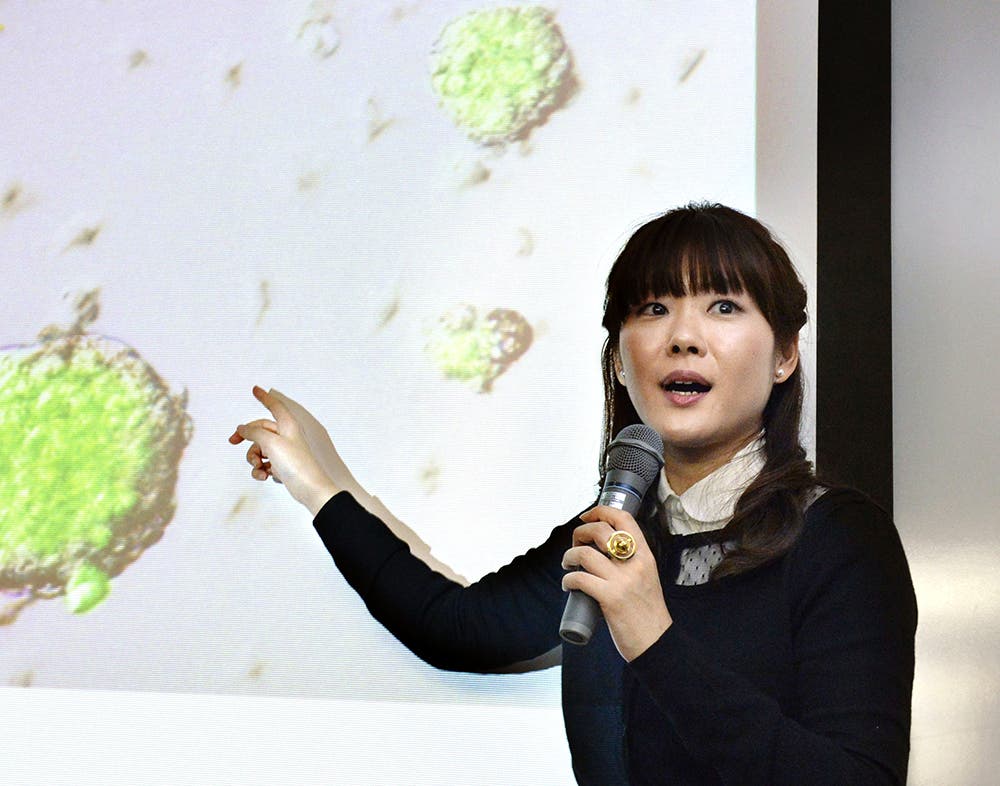 The research was called STAP — “stimulus-triggered acquisition of pluripotency” — which unveiled a new way to grow tissue. Needless to say, professors were impressed, and the scientific community was already treating her with respect – it was already shaping up to be a golden career.

“I think about my research all day long, including when I am taking a bath and when I am on a date with my boyfriend,” Obokata told the Asahi Shimbun.

After she got her PhD though, she published what appeared to be her groundbreaking research in the scientific journal Nature. Her paper focused around a new way to grow tissue and treat complicated diseases such as Parkinson’s – many people called it one of the most remarkable discoveries in stem cell research.

“There were many days when I wanted to give up on my research and cried all night long,” she said at news conference. “But I encouraged myself to hold on just for one more day.”

But as it turned out, her research was just castles of sand – fake castles of sand for that matter. Obokata’s research institute, Riken, announced that the 30-year-old had purposely fabricated the data to produce the findings. The Institute’s director Ryoji Noyori said he’ll “rigorously punish relevant people after procedures in a disciplinary committee,” making it very clear that Obokata will be the first to take a fall. ”The manipulation was used to improve the appearance of the results.”, he added.

Obokata, for her part, denied the month-long investigation’s allegations.

“I will file a complaint against Riken as it’s absolutely impossible for me to accept this,” AFP reports her saying in a statement.

But the evidence started piling up. Despite various efforts, no one was able to replicate the results she obtained, which is always a huge question mark – repeatability is at the very core of scientific research.

In early March one of the paper’s co-authors, Teruhiko Wakayama, jumped ship, calling for a retraction of the findings. He believes that the results were intentionally altered by Obokata.

“It’s unlikely that it was a careless mistake,” he wrote the Wall Street Journal in an e-mail. “There is no more credibility when there are such crucial mistakes,” he added.

The investigators say that the problem is with the images used in the study – DNA fragments submitted into Obokata’s work were modified, or entirely fabricated. So what will happen now ? The odds are, her doctorate will be stripped, as well as any other degree she worked so hard to obtain. She will most likely never be able to work in the scientific industry ever again. Everything that she worked so hard for, this brilliant mind, will be gone – and nothing will be left but a big, black stain – and the time and money wasted trying to recreate her fake results. I hope that investigators are wrong, and this will all turn out to be a big misunderstanding – but that’s unlikely to happen. It’s such a shame! I hope that in some way, she can still use her brilliant mind to contribute to science, and, should this be the case, make up for her mistakes.