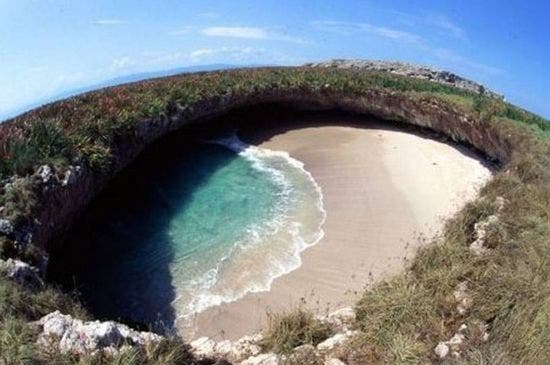 Ah, Playa del Amor – the beach of love! Such a sweet, classic name for such a weird, hidden beach! Located several meters inland on one of the Marieta Islands, the Hidden Beach is one of those unique natural wonders you just don’t want to miss. 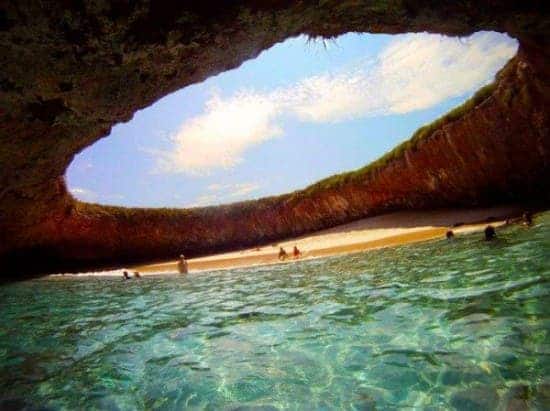 But as our Facebook fans know, I asked you how you think it was formed? Was it a volcanic crash, a sinkhole, differential erosion? Some said it was aliens, or Oprah using her secret magic powers – which we all know she has. 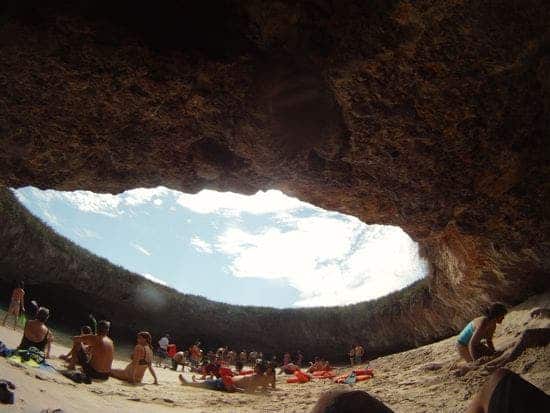 The thing is, while Marieta Islands archipelago, located off the coast of Puerto Vallarta, Mexico has formed due to volcanic activity, Playa del Amor is strictly a result of human activity – a bomb, to be more precise. Despite environmentalist protests, the Mexican government has used the archipelago as target practice for bombs during WWI, and one of them created what we see today. 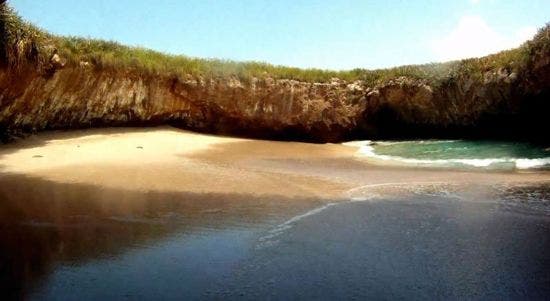 However, after decades of research and study, a team led by Jacques Cousteau managed to convince Mexican authorities to declare the Marietas a national park – protected not only from bombings, but also hunting, fishing, and other activities with a negative impact.