by Mihai Andrei
in Interviews
Reading Time: 4 mins read
A A
Share on FacebookShare on TwitterSubmit to Reddit

A few days ago, we wrote an article about our featured researchers – outstanding men and women in their field, who recently published highly interesting studies. Today, we’re talking to Dirk Lachenmeier, a certified food chemist, toxicologist, head of the official alcohol control laboratory and co-head of the nuclear magnetic resonance laboratory at Chemical and Veterinary Investigation Agency, Karlsruhe, Germany. Here’s his valuable insight:

Andrei Mihai: First of all thank you for taking the time to answer our questions – we greatly appreciate it. I’m really curious, how well do we understand the risks posed by substances like alcohol, coffee or cigarettes? Is it something we have a firm understanding of, or are we just starting to figure things out? What about marijuana?

Dirk Lachenmeier: The risks of alcohol and cigarettes are probably best understood and researched, and there is ample human epidemiological data for these compounds available. Strangely, coffee and specifically caffeine has been less researched, probably because the risk is obviously much lower than the one of alcohol or tobacco. The interest in caffeine has only recently increased when some people formed lifestyle habits that included over-ingestion of caffeine (in the form of energy drinks), sometimes in combination with alcohol. There is currently an interesting controversy going on surrounding the new EFSA draft opinion about the risk of caffeine (see e.g. http://www.nutraingredients.com/Regulation-Policy/Caffeine-alcohol-adverse-effects-can-t-be-ruled-out-EFSA). Finally, we have even less data on the illegal drugs including cannabis. For most of which we do not even have reliable dose-response-data in experimental animals, and human epidemiological data (in comparison to alcohol and tobacco) are scarce.

AM: I see that in 2014, you conducted a study on tobacco liqueurs – I wasn’t even aware that something like this exists to be honest. How does it compare, in terms of health risks, to other drinks, or to tobacco in smoked form? 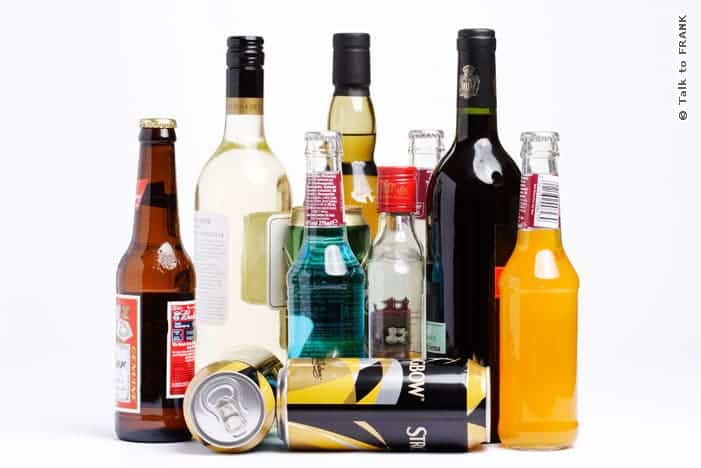 AM: What are some things most people don’t know about alcohol or cosmetics (or other products) that they really should?

DL:We have generally detected that the risk of alcohol may be underestimated compared to other things such as pesticides in fruit. People might also tend to even accept a higher risk for alcohol (http://www.biomedcentral.com/1741-7015/12/189). Less known is also the fact that alcohol causes cancer and has been set into the highest cancer group by WHO International Agency for Research on Cancer (similar to benzene for example). An area where we also see large problems is the internet sale of food supplements, medicines or cosmetics from countries outside the EU, where many products are regularly found that are not in compliance with laws. The consumer is often unaware that such direct importations do not have the same level of safety as normal products from the local market.

AM: What are some products (or types of products) that pose a significant enough risk that we should avoid them?

DL: DMAA in sports nutrition and supplements would be such a case that comes to mind (link). We have also detected illegal colouring agents in some cosmetics (link).

AM: Coming from a country with a rich tradition in home-made alcohol, I have to ask: what are the health effects of this type of unrecorded alcohol compared to commercial alcohol? Many people here believe that it is more healthy because it’s made without artificial flavors. Is this actually the case?

DL: There is as few evidence that it is more healthy than that it is less healthy. In our studies of unrecorded alcohol, we have generally found that the major effect comes from ethanol and is independent of alcohol type. The effects are purely mediated by amount and patterns of drinking. The only exception can be criminal cases of addition of pure methanol to alcoholic beverages, which might cause high morbidity and mortality (e.g. there was a methanol poisoning outbreak in the Czech republic some years ago).