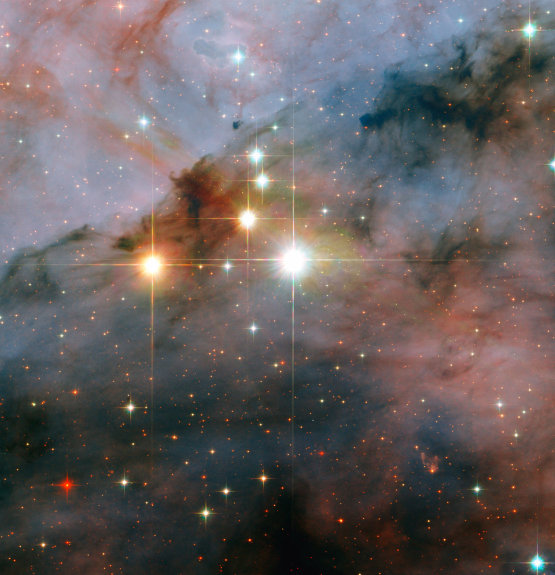 Two of the biggest and most impressive stars from our galaxy have been “surprised” in some really amazing poses by the the NASA/ESA Hubble telescope. Until now, a cloud of mystery surrounded them, but these pictures in greater detail than ever before.

The pair of colossal stars (named WR 25 and Tr16-244, located within the open cluster Trumpler 16) are embedded in the Carina cluster; this huge cauldron of dust and gas is located more than 7000 light years. This cluster has some of the hottest and brightest stars around, including the infamous Eta Carinae, the star with the biggest luminosity yet found. 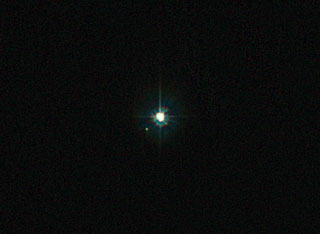 These stars emit almost all of radiation in ultraviolet and thus appearing blue to the naked eye. You can definitely say that they live fast and die young, because of the power they use to burn the hydrogen. WR-25 is the one at the center of the top picture, is the brightest of the three. The runner up is the one at the left of the image. They have a special interest for astronomers due to the fact that they’re very rare compared to other stars and they are associated with star forming nebulae, giving important details about ow galaxies formed and evolved.

For example, the two brightest stars are probably the reason why a giant gas nebula from the Carina cluster is slowly evaporating into the stars, due to their very powerful radiation. This radiation is probably also responsable for the curious shape the globe has, similar to a hand holding a finger that suggests rebelion.