Cities as seen from space, at night 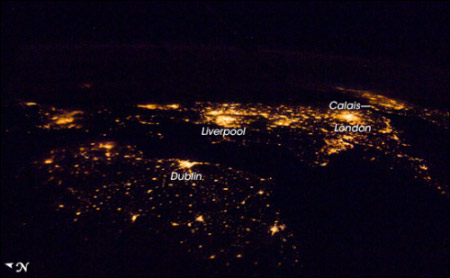 Recently, the NASA observatory published some great images of some cities. For a man looking at those cities at night, man’s work seems both impressive and insignificant. But the view would be fantastic: regular patterns of irrigated cropland, straight lines of roads and railways running across continents, reservoirs on river systems, and the cement rectangles of ports and seawalls along coastlines.But nothing would be as gorgeous as the cities. During the day, it’s not really spectacular: gray smudges is pretty much all you get. However at night… things change a bit. The lights pinpoint how humanity have changed the environment to make it adapt to his own needs. 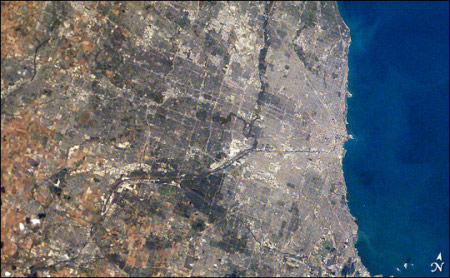 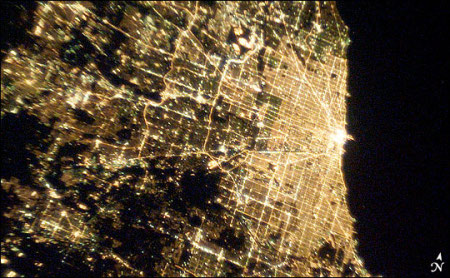 If anything rocks about being an astronaut, it’s being able to see the earth at night: from 350-400 kilometers above the surface you get to see the magnificent display of lights and patterns. 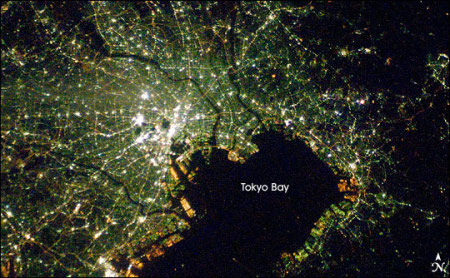 But taking pictures in the dark is difficult at best, made even more difficult by the fact that the International Space Station moves more than 7 kilometers per second (15,659 miles per hour) relative to Earth’s surface. Still, hopefully you From a geographic perspective, cities at night tell different stories about a region. They took way more pictures than we’ve shown here. You can check them all out here. 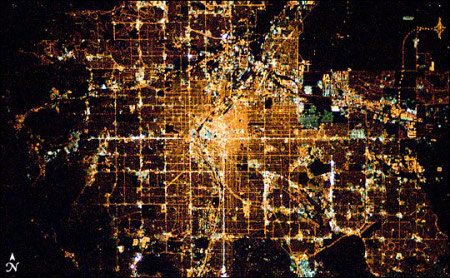