Fun and Exciting Chemical Experiments for Teaching and Learning

by Henry Conrad
in Other, Science ABC
Reading Time: 5 mins read
A A
Share on FacebookShare on TwitterSubmit to Reddit

There’s no better way to foster interest in science and chemistry than seeing it in full, dazzling action. Most of the time, kids and young people wouldn’t really be all that interested in how chemistry works. They wouldn’t be particularly bothered about the different reactions you can get out of two different chemicals interacting with each other. Teaching them the calculations can drive them up the wall with boredom even further. But chemistry, as those of us who know better, can be extremely exciting and well worth getting interested in. And this especially works if you know all the right combinations to make an impact.

So in case your baking-soda-and-vinegar volcano isn’t quite enough to dazzle  them, here are some truly incredible chemistry experiments that’ll get them paying attention at every moment:

They can laugh all they like at the funny name, but “Elephant Toothpaste” is a really amazing chemistry experiment that can be done in the lab. You will need:

–        Hydrogen Peroxide Solution (30%, but if you need it higher, you will need to take safety precautions)

This is pretty easy. Pour a small amount (about 50ml) of the H2O2 into a flask. Add a little bit of dishwashing detergent to it, mixing it gently. Add in a few drops of food coloring for effect. Now take a step back, and pour in a little of the KI solution (10ml or so). The result should be an exothermic reaction that causes a huge amount of colored foam to form, which would then spurt up and out of the cylinder.

The Science: The H2O2 decomposes into water, and the oxygen is then catalyzed by the iodide ion, forming the foam because of the dishwashing detergent that catches the oxygen into the bubbles. 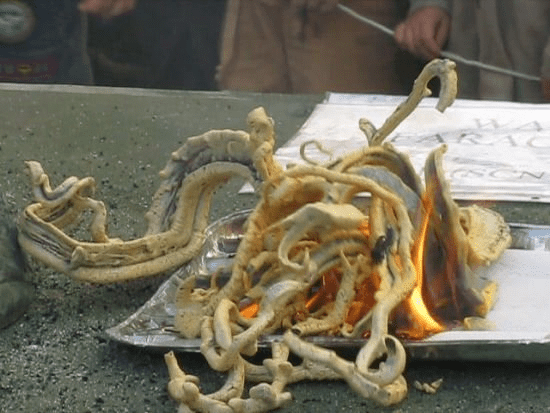 After I saw that video of what looked like a monster rising out of a cellphone in a microwave, I called up my old chemistry professor over VoIP (i.e RingCentral) to see if it was really possible. He replied that it was unlikely, but he did know of an experiment that would make something of a similar, and ultimately creepier (and cooler) effect. Warning: If you’re going to attempt this experiment, it has to be in controlled conditions.

Because the substance has mercury and cyanide in the fumes, it’s very important to have this experiment in a controlled area, as well as with everyone taking proper precautions. On top of an aluminum foil, pour a small amount of Hg(SCN)2. Then, using the igniter, simply set the substance aflame and step back so as not to inhale any of the fumes. The result is that after the substance burns into a dark ash, a huge, winding, snake-like solid will start “crawling” right out of it, rising out of the chemical reaction, until all the material is spent.

The Science: The heat source creates a rapid exothermic reaction in the substance, making the coiling solid. 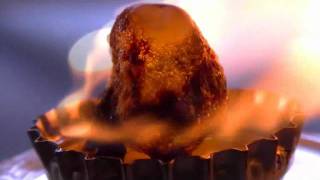 The Gummy Bear from Hell

What seems like an innocent gummy bear can cause quite a dazzling chemical reaction. For this experiment, you will need:

The Science: Potassium chlorate is combustible, as you can draw oxygen out of it. This is what is often used in high schools to create oxygen gas for experimentation. It’s important that the sample is pure so there won’t be any explosive accidents. The sugar in the gummy bear reacts with the chlorate, igniting it, and creating the combustible oxygen “firework” effect.

Now these are some experiments worth getting into.