17 Amazing Chemistry Facts that will Blow Your Mind

The football-shaped carbon cluster C60 has been called ‘the most beautiful molecule’, and if you have an eye for symmetry it’s easy to understand why. But if you ever liked chemistry in school, or actually have a career working in chemistry, you know chemistry goes beyond ‘beauty’.

Like physics, there’s an inherent romance to chemistry that stems from ‘truth’, rather than classic aesthetic features. Hopefully, these quick chemistry facts and tidbits will spark or renew interest in this noble field of science.

Ozone, the triple oxygen molecule that acts as a protective stratospheric blanket against ultraviolet rays, is created in nature by lightning. When it strikes, the lightning cracks oxygen molecules in the atmosphere into radicals which reform into ozone. The smell of ozone is very sharp, often described as similar to that of chlorine. This is why you get that “clean” smell sensation after a thunderstorm.

2. The only two non-silvery metals are gold and copper

A metal is an element that readily forms positive ions (cations) and has metallic bonds. These elements have electrons that are loosely held to the atoms, and will readily transfer them. This is why metals are great electrical and thermal conductors — because the electrons move energy.

Most metals’ electrons reflect colors equally, so the sun’s light is reflected as white. Gold and copper, however, happen to absorb blue and violet light, leaving yellow light. It’s worth noting here that copper is also the only metal that is naturally antibacterial.

3. Water expands when freezes, unlike other substances

Typically, when something is cold, it shrinks. That’s because temperature describes atomic vibration — the more vibration, the more space it takes, hence expansion. Water is an exception. Even though it vibrates less when it’s frozen, the ice occupies more volume. That’s due to the strange shape of the water molecule.

If you remember your Chemistry 101, the water molecule looks like Mickey Mouse, the oxygen atom sitting at the center (the face) and two hydrogen atoms each at an angle (Mickey’s ears). Because of how oxygen and hydrogen bond, the water molecule is an open structure with a lot of space. When water freezes it releases energy because a lot of extra strong bonds can be made.  But it does take up more space.  And so, ice expands when it freezes. Another interesting fact worth mentioning is that hot water freezes faster than cold water.

Being neither liquid, nor solid, explaining glass is a lot harder than some might think. In a glass, molecules still flow, but at a very low rate that it’s barely perceptible. As such, it’s not enough to class glasses as a liquid, but neither as a solid. Instead, chemists classify glasses as amorphous solids— a state somewhere between those two states of matter. There’s also a thing called metal glass – a class of materials that are three times stronger than titanium and have the elastic modulus of bone, all while being extremely lightweight

5. Every hydrogen atom in your body is likely 13.5 billion years old because they were created at the birth of the universe

At ground zero, during the Universe’s singularity, the very first chemical element was hydrogen. All the other followed by fusing hydrogen into helium, which then fused into carbon and so on. Approximately 73% of the mass of the visible universe is in the form of hydrogen. Helium makes up about 25% of the mass, and everything else represents only 2%. By mass, hydrogen and helium combined make up less than 1% of the Earth.

A remarkable transition occurs in the properties of liquid helium at the temperature 2.17K (very close to absolute zero), called the “lambda point” for helium. Part of the liquid becomes a “superfluid”, a zero-viscosity fluid which will move rapidly through any pore in the apparatus.

7. If you pour a handful of salt into a glass of water, the water  level will go down

When you step inside a bathtub, the water level will immediately go up, per Achimedes’ law. But when you add a volume of sodium chloride (salt) to a volume of water, the overall volume actually decreases by up to 2%. What gives? The net reduction in observed volume is due to solvent molecules which become more ordered in the vicinity of dissolved ions.

8. Diamond and graphite are both entirely made of carbon and nothing else

Though made of the same stuff, the difference between a crown jewel and pencil lead is given by form. Namely, diamond and graphite are arranged differently in space making them allotropes of carbon.

9. The rarest naturally-occurring element in the Earth’s crust is astatine 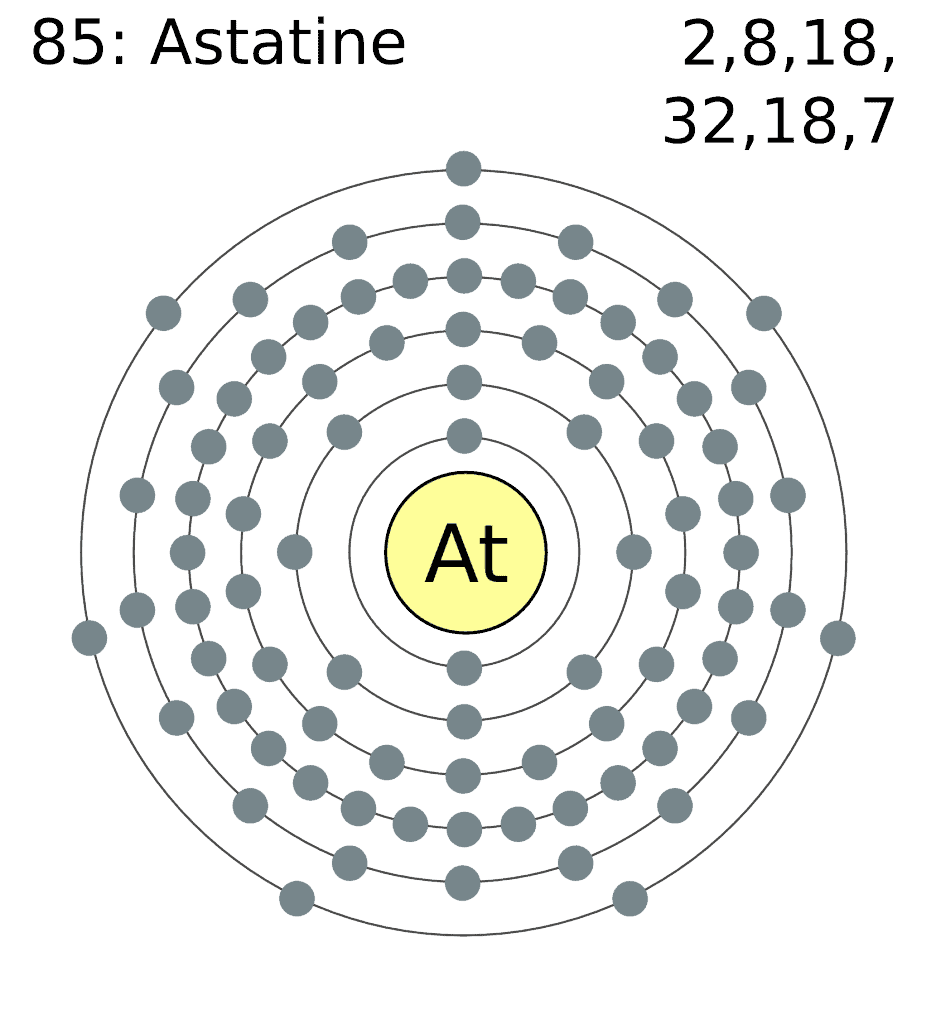 Named after the Greek word for unstable (astatos), Astatine is a naturally occurring semi-metal produced from the decay of uranium and thorium. In its most stable form, the element has a half-time of only 8.1 hours. The entire crust appears to contain about 28 g of the element. If scientists ever have to use it, they basically have to make it from scratch. Only 0.00000005 grams of astatine have been made so far.

10. These buckyballs sell for $167 million per gram. The only thing more expensive in the world is antimatter

11. DNA is a flame retardant

DNA, also known as the blueprint for life, contains all the biological instructions that make each species unique. The molecule of life is also surprisingly sturdy, being considered a natural flame retardant and suppressant. Its flame retardant properties are due to DNA’s chemical structure — when heated, the phosphate-containing backbone produces phosphoric acid, which chemically removes water, leaving behind a flame-resistant, carbon-rich residue. Other bases, such as nitrogen, react to produce ammonia which inhibits combustion. In the future, researchers plan on coating fabric with DNA to make inflammable clothing.

When the temperature is around 30 degrees F (0 degrees C), one inch of liquid precipitation would fall as 10 inches of snow — assuming the rainfall is all snow.

13. A rubber tire is technically one single, giant, polymerized molecule

Some molecules can be very big, but most are still microscopic. Not the vulcanized tire, though — it’s all one, big, freakin’ molecule! Basically, the vulcanized tire is all made of large polymers chains that have been crosslinked together with covalent bonds.

14. Your car’s airbags are packed with salt sodium azide, which is very toxic

When a collision takes place, the car’s sensors trigger an electrical impulse which in the fraction of a second dramatically raises the temperature of the salts. These then decompose into harmless nitrogen gas, rapidly expanding the airbag.

15. Famed chemist Glenn Seaborg was the only person who could write his address in chemical elements 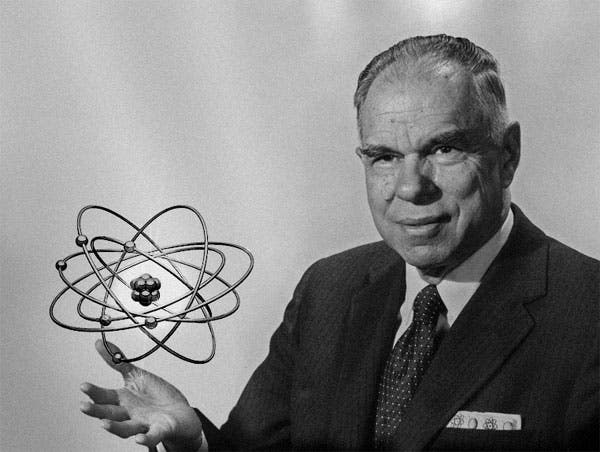 Commonly, matter appears in one of the four states: solid, liquid, gas and plasma. The air we all breathe is gaseous but like any kind of matter, it can change its state when subjected to certain temperature and pressure. Air is a mixture of nitrogen, oxygen, and other gases. The gas can be liquefied by compression and cooling to extremely low temperatures — under normal atmospheric pressure, air has to be cooled to -200°C and under high pressure (typically 200 atmospheres) to -141°C to convert into liquid. Liquid air is used commercially for freezing other substances and especially as an intermediate step in the production of nitrogen, oxygen, and argon and the other inert gases.

17. Mars is red because of iron oxide

While Earth is sometimes referred to as the ‘blue marble’ because it’s mostly covered in oceans and has a thick atmosphere, giving it a blue appearance, Mars is covered in a lot of iron oxide — these are the same compounds that give blood and rust their distinct color. In light of this, it’s no coincidence that Mars, which occasionally appears as a bright red ‘star’, was named after the Greek god of war.