Scientific publishing is a competitive environment, under heavy scrutiny from reviewers, editor and peers. Over the years, some studies get retracted, and that’s not a bad thing in itself; a study can be retracted because more data is available, disproving it, or because a human or technical error snuck in – that’s perfectly understandable, and the review and correction process helps science move on. However, sometimes, the science can be shady, impossible to reproduce, biased or even fabricated – and even if the study gets retracted, the damage can already be done. Here is a list of such studies: studies that made a big impact, were proven to be wrong or faked, but still left a big mark.

In 1998, Dr. Andrew Wakefield published a study that still sends ripples today; he claimed that vaccines for measles, mumps and rubella can cause autism in children. The effects were almost instantaneous; vaccination rates in the UK plummeted, and this was quickly echoed in the US. But from the start, there were doubts about his study.

No one was ever able to replicate his results – and this is one of the main principles behind science: it has to be reproducible. To add even more doubt, a 2004 investigation by Sunday Times reporter Brian Deer identified undisclosed financial conflicts of interest on Wakefield’s part. Most of Wakefield’s collaborators retracted their support of the study. Deer also found that children with autism were subjected to unnecessary invasive medical procedures such as colonoscopies and lumbar punctures and that Wakefield acted without ethics. In February 2009, The Sunday Times reported that a further investigation by the newspaper had revealed that Wakefield “changed and misreported results in his research, fabricating the appearance of a possible link with autism”

In 2010, The Lancet retracted the study due to Dr. Wakefield’s shady practices, ireproducible results and financial conflicts of interests. Despite being retracted, many people today still quote it and still believe that vaccination can cause autism; this is perhaps the most damaging studies ever published.

Transistors at the Bell Labs

Between 1998 and 2001, Bell Labs announced a series of spectacular advances in physics, mostly in the field of transistors and superconductors. Before he was exposed, Jan Hendrik Schön had received the Otto-Klung-Weberbank Prize for Physics and the Braunschweig Prize in 2001 as well as the Outstanding Young Investigator Award of the Materials Research Society in 2002 and published numerous papers.

In 2001 he was listed as an author on a peer-reviewed paper on average once every 8 days. Many other researchers and even private companies began to look into his work, because his research indicated that we could move away from a silicon based transistor to molecular transistors.

But a panel found that 17 papers relied on fraudulent data, blaming Schön alone. Schön acknowledged that the data were incorrect in many of these papers. He claimed that the substitutions could have occurred by honest mistake, but admitted to falsifying data. It was the downfall of one of the world’s most brilliant physicists.

Ecstasy is not Amphetamine

In 2002, in the journal Science, a paper called “Severe dopaminergic neurotoxicity in primates after a common recreational dose regimen of MDMA (ecstasy)” was published. Basically, scientists found that using MDMA, even in small doses, leads to an alarming level of toxicity in primates. There was only one problem with the study: they used amphetamines instead of MDMA.

Naturally, the study was retracted, but this led to many questions about the peer review system that failed to catch the intentional error and criticism from the scientific community.

In an interview in The Scientist, British scientists Colin Blakemore and Leslie Iversen called the study an attempt to tell governments what they want to hear about illegal drugs. 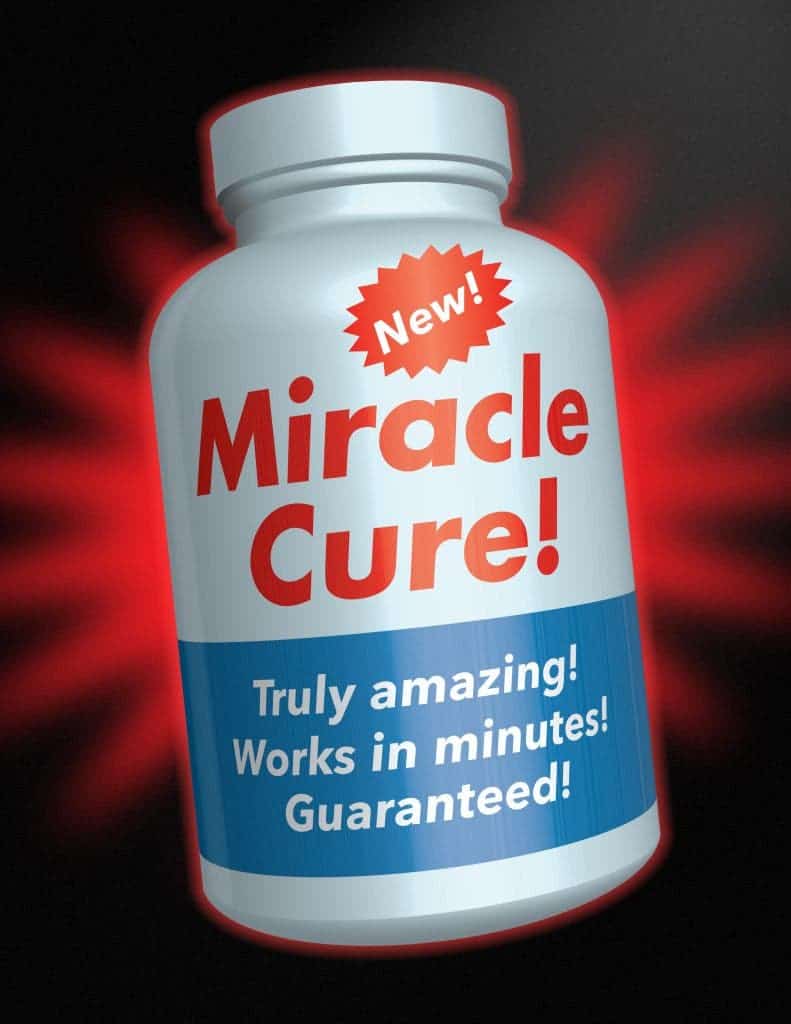 Dr. Oz has been accused of many things, most notably, of promoting things that just don’t work. ‘Miracle pills’, ‘magic’ – words like this were common occurrences in his shows, with little or no scientific evidence to support the claims. In the biggest scam he ever promoted (yes, I think it’s safe to call it a scam at this point), he stated that green coffee pills have a myriad of health benefits, including helping you lose weight.

This was based on heavily flawed studies, which were since retracted. They got a $9 million fine, but even today, many marketers still brand green coffee as a miracle cure – and people buy it.

A 1996 report, again published in Science found that some pesticides might cause hormonal disruptions, causing cancer and birth defects in humans.  In 1997, the paper was withdrawn after its senior author, John A. McLachlan, admitted the results could not be reproduced.

This study led to a frantic round of research, but even today, there are still many open questions about the connection between pesticides and hormones.

Hwang Woo-suk was one of the most prominent scientists in the world after publishing papers in which he detailed major progress in human cloning and the extraction of stem cells – most notably,  he reported to have succeeded in creating human embryonic stem cells by cloning. At one point, he was actually called “The Pride of South Korea” in his native country.

However, it was showed that much of the data was fabricated. He was convicted of embezzlement and bioethical violations in South Korea and the fraud was confirmed by several investigations. However, despite being fired and legally convicted, he was granted a patent for work in 2014 in the US.

In the 2000s, Haruko Obokata was the rising star of genetics. She got her PhD, impressed all her collaborators, and went on to publish what was supposed to be groundbreaking research: an easy method to create multipurpose stem cells, with eventual implications for the treatment of diseases and injuries.

However, months later, all the authors, herself included, issued a retraction of the study after it was shown that they tampered some of the images used in the study. Her short, promising career was stunted, but even sadder, her personal adviser and one of her co-authors, Yoshiki Sasai, committed suicide. He hanged himself.

A recent addition to the list is a study about gay marriage. Another prominent rising researcher, Michael LaCour found that it’s easy to change some people’s minds on gay marriage – all it takes is a short conversation. Sadly, this was another case of fabricated evidence, as everyone that tried replicating his study quickly understood.

But this episode doesn’t only cast a black cloud on LaCour and his career, it casts doubts on the entire scientific publishing system. The entire situation seems almost surreal – why would people fake results on gay marriage opinions – but it becomes much more understandable when you look at the bigger picture. LaCour seemed to have it all – the great idea, the money to back it up, and the means to complete it. But it’s a dog eat dog when it comes to publishing science, and only interesting results are published. If your results are not positive, or not spectacular, it suddenly becomes much more difficult to publish; and if you don’t publish, you’re no one. This is one of the main causes behind so many retracted studies.

From 1996 to 2009, Scott Reuben published a number of studies that were retracted after it was discovered that he never conducted any of the trials he claimed to run. Scientific American has called Reuben the medical equivalent of Bernie Madoff, the former NASDAQ chairman who was convicted of orchestrating a $65-billion Ponzi scheme.

“Doctors have been using (his) findings very widely,” said Dr. Steven Shafer, editor of Anesthesia and Analgesia, a scientific journal that published ten articles identified as containing fraudulent data. “His findings had a huge impact on the field.”[5] He also described Reuben’s actions as the biggest case of fraud in the history of anesthesiology. Paul White, another editor at the journal, estimates that Reuben’s studies led to the sale of billions of dollars’ worth of drugs which may have actually slowed down recovery times for patients.