Putting the 'physics' back into 'bling'.

You’ve probably not given it much thought, but the reason why gold is yellow (or rather, golden) is deeply ingrained in its atomic structure — and it’s because of something called relativistic quantum chemistry. Simply put, gold’s electrons move so fast that they exhibit relativistic contraction, shifting the wavelength of light absorbed to blue and reflecting the opposite color: golden.

If we want to understand why gold is yellow, we first have to understand what color is in the first place. White light — what we usually simply call light — is a mixture of a lot of colors, all with their individual wavelength. When light bounces off any object, it is reflected, scattered, and absorbed (to some degree). So a wavelength might arrive at the object, but another one may leave it. This is the (simplified) mechanism that is responsible for giving things their color. The human eye absorbs the wavelength and transforms it into color. It should be noted that objects have their own physical color, but the color our eyes see might be somewhat different, depending on a host of contextual (i.e. viewing angle) and biophysical cues (i.e. any disability).

It wasn’t until Newton that we realized light is the source of color. This fascinated numerous scientists and artists, included James Clerk Maxwell, Hermann von Helmholtz, and even Goethe, who greatly improved our understanding of colors and the effects they have on us. They happened to revolutionize physics in the process, but that’s a story for another time. Back to gold.

The chemistry of gold

If you look at gold in the periodic table, you’d perhaps not think much of it. With an atomic number of 79, it sits almost quietly at the end of a group called the transitional metals (can you spot it?). But if you look at it a bit closer, you’ll start to notice some things. For starters, it sits right below copper (Cu) and silver (Ag), two very important metals in human history, and two metals with which it shares important characteristics.

“Comparing copper metal, silver metal and gold metal with their numerous neighbouring metal atoms has never been a problem, as pure metals have been around for millennia,” said Prof. Dr. Bernd Straub, who published a scientific paper on what gives gold its color. 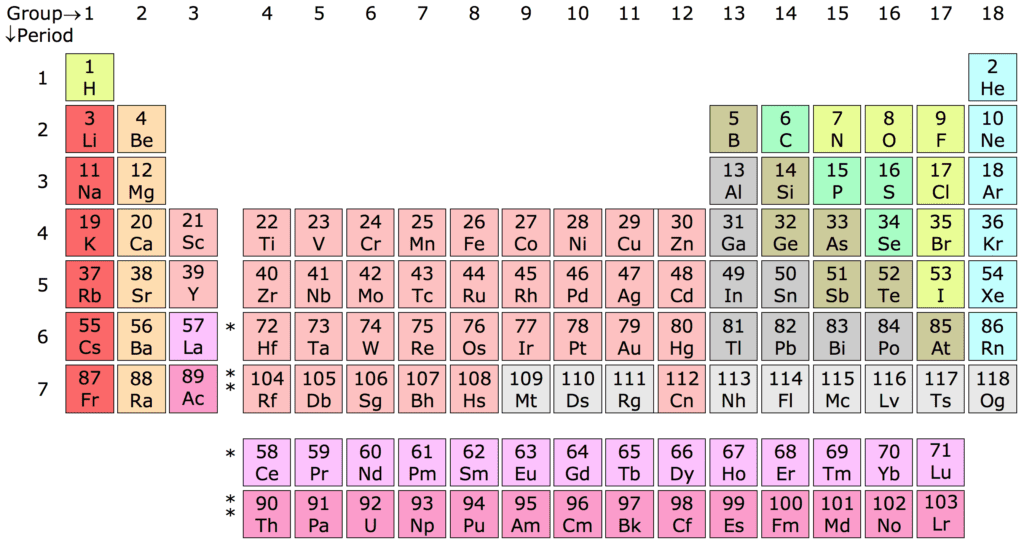 But unlike silver, copper and pretty much all other metals for that matter, gold doesn’t sport a bland, silvery color. Gold is yellow, so that doesn’t explain much. But perhaps even more interestingly, it sits right before Mercury (Hg), the only liquid metal. Gold’s yellow color and Mercury’s liquid-ness actually have a lot in common.

In chemistry, some things just don’t make sense if you don’t consider quantum mechanics and relativistic mechanics — especially for the heavier elements of the periodic table. So chemistry quickly incorporated these theories into what is called Relativistic quantum chemistry. In this branch of chemistry, one of the most important things is relativistic movement.

Basically, when things start to move at speeds comparable to that of light, we don’t only look at their mass, we look at their relativistic mass. Basically, when things start to move so fast, additional energy cannot substantially increase their speeds, and instead, they start to increase their mass. Technically speaking, everything has a relativistic mass, but because day to day objects move so incomparably slower than the speed of light, this mass is absolutely negligible. Not the same thing can be said for atoms. Well, at least some atoms.

Arnold Sommerfeld calculated that, for a single electron of a standard hydrogen atom, the speed is v ≈ Zc/137. Don’t be afraid, it’s quite simple. The formula basically says that an electron inside an atom will move at a speed approximately equal to the atomic number divided by 137. For gold, we already know that the atomic number is 79. So in this case, electrons would be moving at 58% of the speed of light, which is quite substantial. It means that relativistic effects are clearly noticeable for gold, and these effects are affecting its color.

So, we’re almost there…

Putting it all together

So, now that we understand what color is, we have some basic idea of the chemistry of gold, and we know that relativistic effects are at play, it’s time to get to the bottom of things.

As we said, the electrons of gold, especially in the outermost electron shell, move at relativistic speeds. This outer shell is responsible for chemical behavior and a lot of physical properties, including color. The human eye spectrum varies from wavelengths of about 390 (blue) to 700 nm (red). If you’ll look at the reflectance curve above, you’ll see that gold absorbs a lot of the low wavelengths, the blue. So we’re left with the opposite. The human eye sees electromagnetic radiation with a wavelength near 600 nm as yellow — that’s what gold reflects, and that’s what we’re seeing. Voila! A similar effect occurs in silver but the relativistic effects are lower. Notably, cesium (in pure form) also has a golden streak, due to the same reasons.

Oh, by the way, remember when we discussed about Mercury earlier? It’s similar relativistic effects that are responsible for that.