Most people perceive China as a greatly polluted, overcrowded country, with little to no interest in renewable energy and a sustainable future. But that legacy is changing. 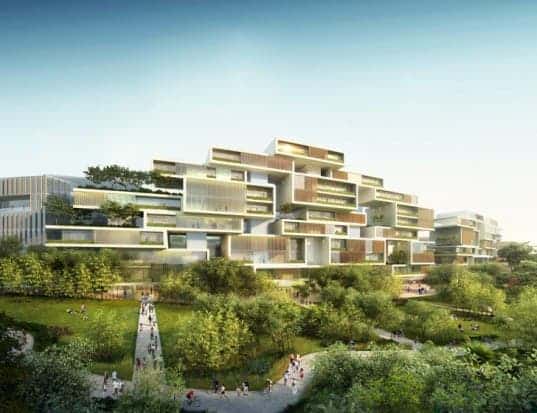 The city’s main focus is to avoid the high energy consumption and carbon emissions associated with suburban sprawl. According to the architects, it will take no more than 8 years to finish it, from the moment work is started (that’s China for you – just takes 8 years to build a city). When completed, it will house about 30.000 families, totaling 80.000 people. 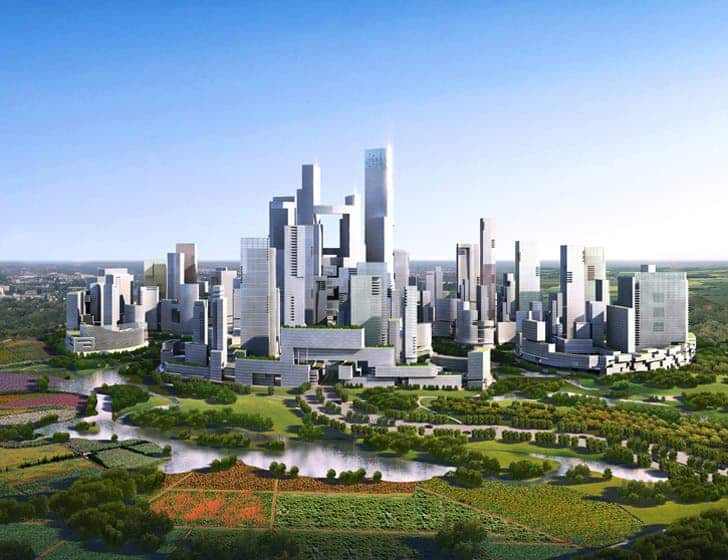 Looking at an aerial blueprint, it’s easy to understand the city’s low pollution secret: the distance between any two points is no longer than a 15 minute walk, thus practically eliminating the need for automobiles.The city is built around a regional transit hub, which connects Great City to Chengdu and surrounding areas via mass transit though, but it’s expected that most people will work inside the city. 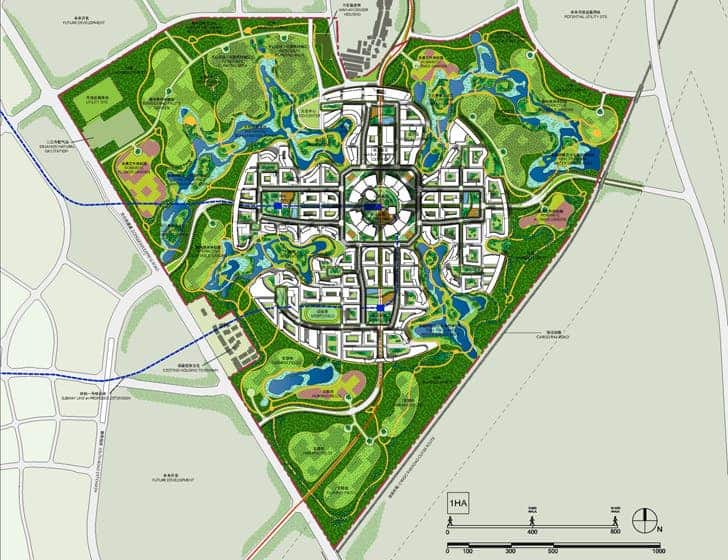 Thanks to green developing and renewable energy, it will consume 48 percent less energy and 58 percent less water than a conventional development with a similar population. Within the urban area, 15 percent will be reserved for parks and green areas while 60 percent will be earmarked for construction. The rest will be destined to infrastructure, such as roads and pedestrian streets.

“We’ve designed this project as a dense vertical city that acknowledges and in fact embraces the surrounding landscape—a city whose residents will live in harmony with nature rather than in opposition to it,” remarked Gordon Gill. “Great City will demonstrate that high-density living doesn’t have to be polluted and alienated from nature. Everything within the built environment of Great City is considered to enhance the quality of life of its residents. Quite simply, it offers a great place to live, work and raise a family.”