DIY bladeless fan from a water jug and some vases, via Rudolf Maker

Be a man, make your fan.

by Alexandru Micu
in Home science, Offbeat, Other, Science
A A

Ok so, spoiler alert but it’s summer. And I don’t know about you but it’s a few million degrees inside my house right now — Celsius cause I’m European. I have five water bottles that I by turn put in my lap or in the fridge to get frostily perfect but still, I’m struggling. What I need is a fan.

A cooling and cool looking fan — for example one of those bladeless ones — can cost you up to a few hundred bucks. With all my funds currently tied in the water bottle sector, I don’t have that kind of cash available. And even if I did, would I be willing to pay that much? Nope.

Thankfully, there are people on the Internet who feel as I do but are a lot more industrious. Rulof Maker is one such gentleman, and he posted a step-by-step video for building your very own bladeless fan. All you’ll need are some vases, a water jug and a microwave fan. 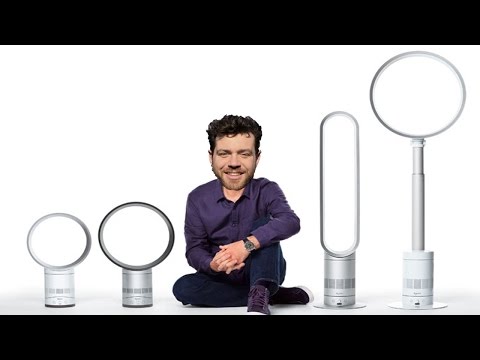 The design seems pretty straight-forward and simple to build, and looks like it works pretty well. The one in the video isn’t as pretty as its store-bought counterparts but it’s not ugly either — actually it has its own charm.