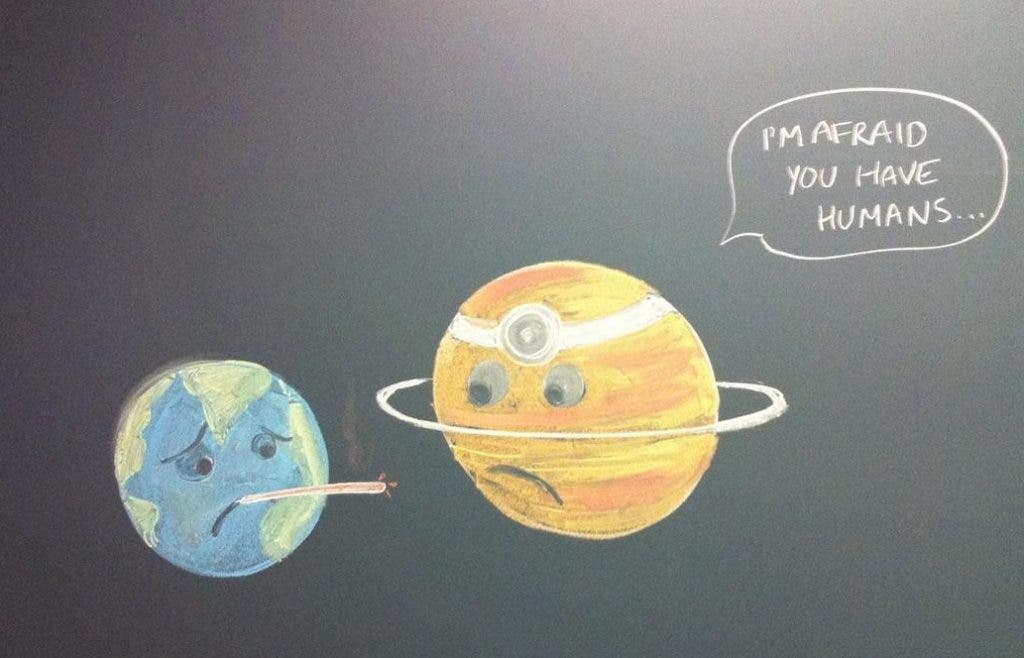 As we were telling you a while ago, the Kepler telescope found several potentially life-supporting planets, including a couple of  which orbit the same star and have Earth-like characteristics.

Kepler-62f is a rocky world just 1.4 times bigger than Earth, while Kepler-62e is 1.6 times larger than Earth. Both orbit a star called Kepler 22 in the “Goldilocks area“, and this makes them worried they may someday fall victim to humans.

“The mere thought of it keeps me up at night”, said Kepler-62e. “Just look at what they did to poor Earth – it’s basically cancer, spreading more and more. It’s still in the early stages, but they show no sign of slowing down, and they’re highly contagious. I bet, as we speak, they’re thinking of ways to move on to other planets!”.

“I took a vaccine when I was younger, and now I’m pretty sure the methane in my atmosphere is high enough to keep them away, but you know we’re gonna deal with chemically-resistant superbugs soon, so it’s a problem we should think about, but I’m not particularly worried.”

If humans were in fact to spread to other planets, it’s unlikely that they would settle for a symbiotic relationship, and would probably parasitize the planet, draining it of its resources and altering its atmosphere in an unsustainable fashion.

Even celestial bodies who aren’t in danger of being inhabited have reason to worry. Saturn’s moon Titan said that the massive amounts of hydrocarbons will eventually attract humans:

“I have several times the amount of oil Earth has, and when they’ll finish that one, where do you think they’ll come?”, said the weird moon. Saturn was unavailable for a comment.

It seems like the first steps for a massive, galactic infection have already been made. The Moon has reported a few cases of humans several decades ago, but since then, has apparently been human-free. Mars reported three cases of inorganic human material on it, but has no reason to worry of an infection. However, our sources tell us that humans already have plans to extract gold and other valuable minerals from asteroids, so undoubtedly they will soon move on to bigger targets.

*As I’m sure you already figured out, this is not a real article – it’s just a tradition we have here at ZME Science. If you don’t know what I’m talking about, check the date.