by Henry Conrad
in Other
Reading Time: 3 mins read
A A
Share on FacebookShare on TwitterSubmit to Reddit 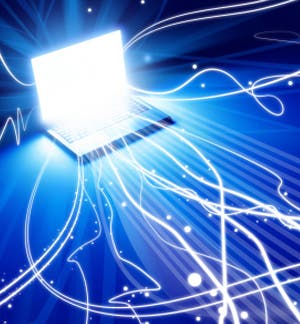 Investigators say the operation was the biggest, most sophisticated theft New York City has seen since the 1978 Lufthansa heist.  The booty US federal authorities have uncovered so far includes Rolex watches, a Mercedes SUV, a Porsche, bags from Gucci, and piles of cash.  Yet the alleged perpetrators never held a gun to a teller or bothered to conceal their faces behind masks.  In fact, they never set foot in a bank at all.

Federal prosecutors in New York recently unsealed charges against eight people suspected of involvement in a cyber-theft ring that stole $45 million from thousands of ATMs across the globe in two separate operations this past December and February, each only lasting a matter of hours.

Laptops and the internet in place of guns, masks

“In place of guns and masks, this cybercrime organization used laptops and the internet,” said Loretta E. Lynch, US Attorney in Brooklyn.  “Moving as swiftly as data from the internet,  the organization worked its way from the computer systems of international corporations to the streets of New York City, with the defendants fanning out across Manhattan to steal millions of dollars from hundreds of ATMs in a matter of hours.”

The indictment leveled against the suspects describes how the gang stole data from banks and then used the stolen information to increase the amounts available on Visa and MasterCard prepaid debit cards issued by two banks in the Middle East.  With the tampered cards in hand, the gang’s so-called ‘cashing crews’ then proceeded to loot thousands of ATMs in various countries around the world. “The defendants and their co-conspirators participated in a massive 21st century bank heist that reached across the internet and stretched around the globe,” Lynch said.

The eight suspects charged by US authorities included the alleged ringleader of the New York cashing crew, Alberto Yusi Lajud-Peña, who was found murdered in the Dominican Republic last April, according to a statement from the prosecutor’s office.  The rest of the gang were were arrested in a law enforcement operation that spanned a six-week period beginning in late March.

The suspects had allegedly made nearly 3,800 separate transactions, withdrawing a total of $2.8 million in the process.  They deposited some of the money into bank accounts.  The rest they used to buy cars, watches, and other luxury items.  Meanwhile, their co-conspirators made more than $42 million in withdrawals from other banks across the world.

US federal authorities say they are cooperating with law enforcement authorities in 16 countries — including Japan, Germany, Canada and Romania — as part of their on-going investigation.

Billions of dollars lost each year

The thefts have brought public attention to the vulnerability of financial institutions to criminals who are able to circumvent cybersecurity systems to steal sensitive financial data.  A study published by the Ponemon Institute in 2011 found that most cyber-crimes against corporate institutions are committed through malicious code, denial of service, stolen devices, and web-based attacks.  “This is now organized crime,” Meg Whitman, president and CEO of Hewlett-Packard, told CNBC recently. “The bad guys get better, we’ve got to get better.”

Cyber-crime is a growing global menace.  In all, cyber-criminals cost consumers worldwide around $110 billion a year, according to the 2012 Norton Cybercrime Report.  While internet and phone service providers have beefed up their own security systems over the years, some 556 million people across the globe still fall victim to various types of cyber-crime each year as cyber-criminals have now begun to move their activities to social networking websites.
Norton estimates that around 40 percent of the world’s social network users have fallen victim to cyber-crime through social networking platforms.