Providing free water in schools could be key to helping people in developing countries lift themselves out of poverty according to research from the University of East Anglia. 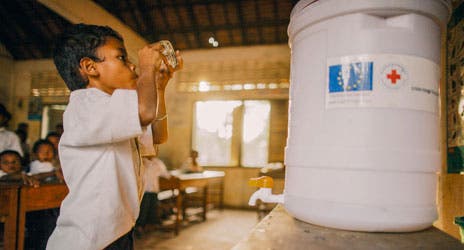 Children who go to schools which provide free water have reported better overall health, and teachers reported fewer children off sick; it seems fairly clear that there’s a connection between clean water availability and diseases in areas of extreme poverty. You may think, naturally, why not give free (or extremely cheap) water everywhere?

We take clean water for granted in most areas of the world, and truth be told, it’s hard to admit that this is not the case everywhere. In the poorest areas in the world, it’s a problem of availability. If you only have so much fresh water to go around you have to decide how to prioritize it and where to give it for free – and schools here are crucial. If you provide clean water in schools, you give children a strong reason to come to school, ultimately giving them a strong incentive to become more educated and lift themselves out of poverty. Therefore, when you only have so much clean water to give for free, schools are definitely one of the places to prioritize.

“Education is one of the most important factors that enables children to fulfil their potential later in life and reduce poverty. Better education is also associated with substantial health gains – especially for child health in future generations and in reducing child mortality. However, even when schooling is available, absenteeism rates can be high. Clearly reducing student absenteeism is vital to improve educational attainment and alleviate poverty.”, said Prof Paul Hunter from UEA’s Norwich Medical School.

Researchers looked at absentee rates in eight schools in Cambodia – half of which received treated drinking water, and half of which did not. The 26-week study period spanned over two seasons – the dry season and the rainy season. They considered the absentee rates of 3520 children. 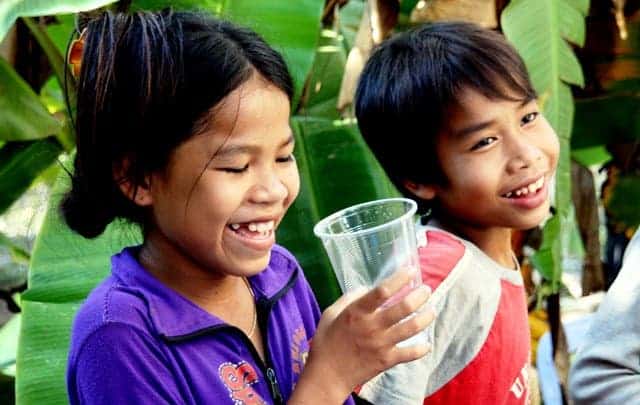 They found that during the dry period, children without access to clean water were about 2.5 times more likely to be absent from school than children where water was provided – a huge difference. During the rainy season, absentee rates were very high, but similar, in all schools.

“We found lower absenteeism in the schools that received the free clean water – however this association was only seen in the dry season. During the wet season, absenteeism increased in all eight schools, which is explained by children being kept off school to help in the fields.” – an activity which is also very common in poor areas.

The overall cost, for this project, is extremely low, and researchers suggest that this should be implemented as soon as possible.

“The overall cost of the scheme equated to $1.4 USD per child per year – a very modest cost compared to the potential educational benefits and subsequent life potential,” he added. “As well as helping to reduce waterborne infectious disease, providing free drinking water helps combat dehydration. Even mild dehydration in children may be associated with poor health, and previous studies have shown that keeping well-hydrated improves cognition and energy levels in children. So providing free water in schools would improve children’s general wellbeing and learning experience.”

It’s humbling to think that, while we complain about the problems in our education facilities, some kids just hope for clean water at school.

Scientific Reference: ‘Impact of the Provision of Safe Drinking Water on School Absence Rates in Cambodia: a quasi-experimental study’ was published in the journal PLOS ONE on March 15.