This could end up saving many lives.

by Mihai Andrei
in Genetics, Health & Medicine, News
Reading Time: 3 mins read
A A
Share on FacebookShare on TwitterSubmit to Reddit

Blood is a scarce commodity. Talk to almost every medical facility on the planet and you’ll hear the same thing: there’s a blood shortage, more donors are needed. To make matters even more complicated, you can’t just give any type of blood to anyone. 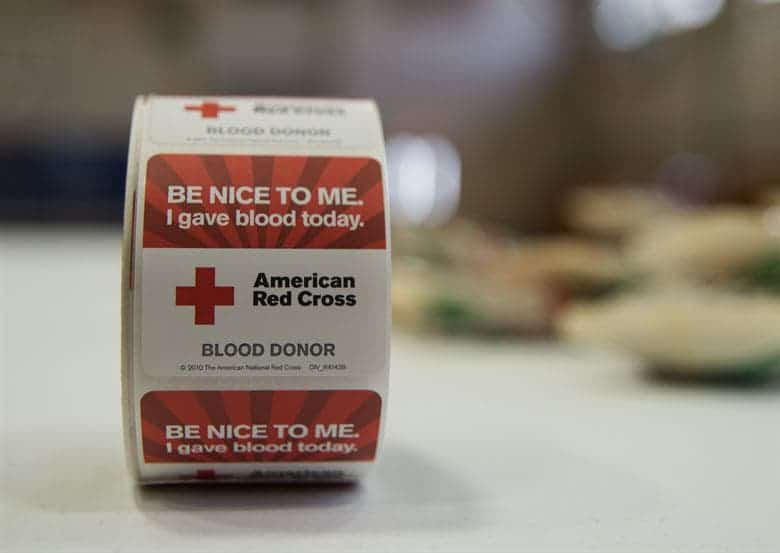 People generally have one of four blood types: A, B, AB, or O. The differences between these blood types are defined by some rather unusual sugar molecules that bond with red blood cells — antigens and various proteins float in the plasma and on red blood cells, defining a person’s blood type. This blood type is extremely important for transfusions. Have someone with type A molecules give blood to someone with type B and you may very well kill them: the immune system will attack the foreign blood.

So in the case of transfusions, researchers need to be careful to give the right type of blood.

But there’s a catch: type O doesn’t have these antigens, meaning you can give type O blood to anyone. This is the so-called universal donor blood type, and it’s extremely important for transfusions, especially in emergency cases where doctors might not have the time to figure out what’s the patient’s blood group.

Transforming other types of blood into O type isn’t a new idea — it’s been tried before. However, the techniques were either too inefficient or too expensive to be applied at a large scale. Stephen Withers, a chemical biologist at the University of British Columbia (UBC) in Vancouver, Canada, may have found a better solution.

The problem with transforming one blood type to another is generally approached through enzymes which strip the blood of its type-giving molecules. Withers looked for enzymes in the gut bacteria — some of which are well known to consume sugar molecules similar to the ones that give the blood type. So he took a stool sample and harvested DNA from it, hoping that among the harvested DNA he’d also find the genes encode the bacterial enzymes that digest mucins. He further isolated this DNA and then encoded it into the biological jack of all trades — the Escherichia Coli bacterium (a common ‘workhorse’ for genetic studies, often used to store DNA sequences from other organisms) to see whether the resulting bacterium would be capable of stripping off the required molecules.

Although the results didn’t look promising at first, the process did work out in the end. Two of the enzymes produced thusly worked excellently, turning type A blood into type O blood. The enzymes originally came from a gut bacterium called Flavonifractor plautii, a common member of the human gut microbiome, rarely isolated from clinical human specimens.

[Also Read: New kind of artificial blood made in the land of Dracula]

If the results are confirmed, it would be an important breakthrough. Type O and type A each make up about 30% of the total donated blood, meaning that the supply of type O blood could be doubled, addressing a ubiquitous shortage, making life significantly easier for doctors, and ultimately, saving a lot of lives. To make matters even better, only small amounts of enzymes are required for this, and the whole process is relatively cheap.

“I am optimistic that we have a very interesting candidate to adjust donated blood to a common type,” concludes Withers.

However, more research is required to be sure that all the type A-defining molecules have been removing, as well as to ensure that nothing else was inadvertently changed about the blood. Any unforeseen error can put patients’ lives at risk.

Of course, this wouldn’t eliminate the blood crisis the world is facing, nor will it reduce the need for blood donors. It only means that that existing donated blood is more versatile — which is, in itself, an amazing achievement.