New kind of artificial blood made in the land of Dracula

by Tibi Puiu
in Anatomy, Health & Medicine, Research
Reading Time: 3 mins read
A A
Share on FacebookShare on TwitterSubmit to Reddit

A team of researchers at Babes-Bolyai University in Cluj-Napoca, Romania (Transylvania) claim they have developed artificial blood which has so far behaved promisingly during preliminary tests on mice. If actually found effective in the long-run on humans as well, the new kind of artificial blood might aid in battling blood transfusion shortages all over the world, while also quenching the thirst of vampires. Anyone up for a sip of True Blood? 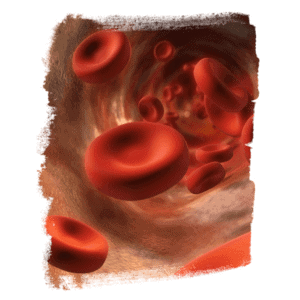 The human body is littered with blood vessels putting all key areas of the body in connection with the heart.  The length of your blood vessels is about 100,000km. To understand this distance – the circumference of earth is about 40,000km. The distance between the earth the moon is about 300,000km. So if we take the blood vessels of 3 people, and connect them edge to edge – we could easily step where Neil Armstrong did. Quite amazing, I know. Blood, the actual life force that flows through this extensive network, carries oxygen (very important) and nutrients, as well as transports waste to the kidney and liver.

There have been a number of research attempting to create artificial blood that mimics some functions of real blood. .Thus far, there are no well accepted oxygen-carrying blood substitutes, which is the typical objective of a blood (RBC) transfusion; however, there are widely available non-blood volume expanders for cases where only volume restoration is required.  That’s not to say these aren’t capable of carrying oxygen, it’s just that artificial blood developed thus far isn’t deemed safe.

The two most common types of artificial blood are HBOCs (hemoglobin-based oxygen carriers) and PFCs (perflourocarbons). There are some side-effects though and clinical trials had a too high mortality rate for these to be continued. Other efforts, though promising, are moving too slow. A prime example would be stem cell derived blood; Advanced Cell Technology reported in 2008 that it had produced an unprecedented 10 billion red blood cells from human embryonic stem cells.  That’s really a fantastic find, yet you still need to create the trillions of cells required for transfusion.

The team led by professor Radu Silaghi-Dumitrescu has been working for the past six years on a new kind of artificial blood roughly made out of water, salt, albumin and a protein – hemerythrin -extracted from marine worms which makes the artificial blood stress resistant.  It sounds like a cookbook recipe, but make no mistake it seems to work and first tests performed on mice delivered promising results.

“The mice treated with this type of blood ‘made in Cluj’ have remained indifferent and this is what we want, not to display signs of inflammation or disease. The ultimate goal is we don’t get rejection reactions of the artificial blood by the human body which we have for some of the current products” professor Silaghi-Dumitrescu said, as quoted by Mediafax.

The Romanian doctors claim previous attempts failed because artificial blood was made with the wrong protein, causing immunity issues that most often than not were fatal. So far the tests on animals didn’t generate the toxicity other types of protein used so far produced.

The lead researcher pointed out the tests on mice will continue until proven there is not toxicity at all, before any attempt to use it on human beings. Silaghi-Dumitrescu said he expected concluding results in at most two years before any further tests. “Tests on humans are a very delicate topic, we need some very serious licenses and they represent an enormous risk” he underlined.

We’re definitely very interested in this and will keep you post as more information arises. In the meantime, the researchers are preparing their paper for publishing and will file for a patent.