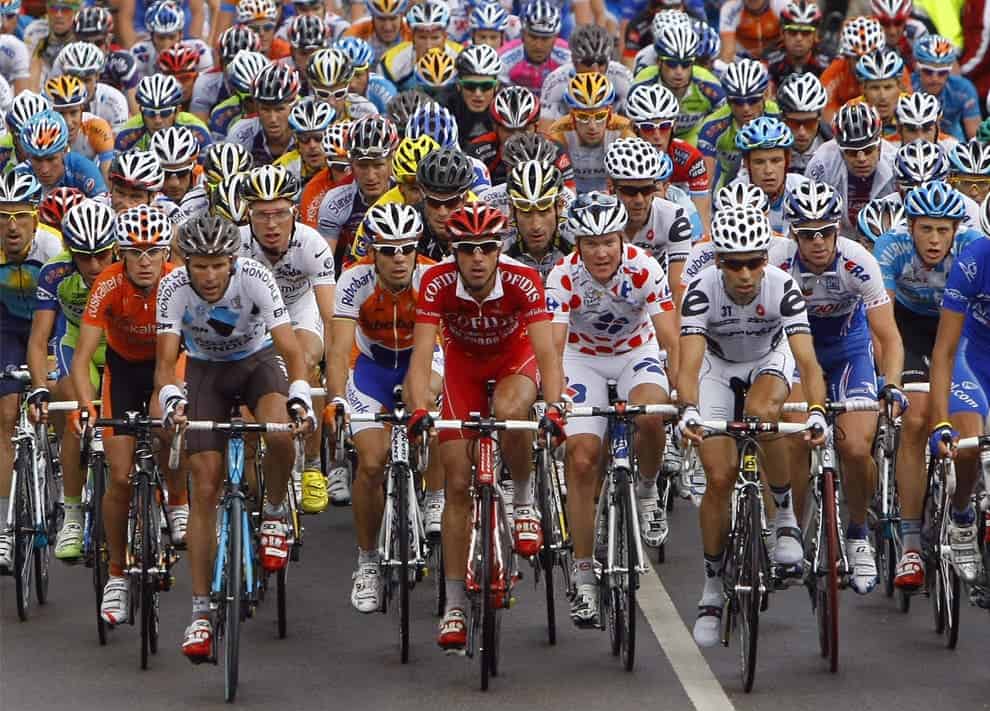 Each year for three weeks, professional cyclists suffer at great lengths, enduring both physical and mental pain, in the Tour de Frace. Considering each day means around 100 miles on a bike, most of the time uphill, though mountains and so on, there aren’t any losers at the Tour de France. If you manage to finish, you’re very much a winner – a conquerer of one’s self.

It’s no wonder, then, that athletes competing in the Tour de Frace have developed extraordinary physical abilities, that well surpass that of ordinary amateur cyclists.

“These guys have been training their entire lives,” says Phil Gallagher, associate professor at the University of Kansas and director of the Applied Physiology Laboratory.

“As a result, elite cyclists have larger hearts than the typical person, so they’re able to push out more blood per beat. They’re able to extract more oxygen from their blood than an untrained individual would.”

Everything is energy, and by measuring the cyclists’ productivity in watts, Gallagher claims that average cyclist’s power only amounts to half the watts professional athletes can gather.

“I just went out and cycled around 45 miles this weekend, and averaged around 200 to 225 watts,” Gallagher says. “These Tour riders average double that, and they’re riding double that distance each day. They’ll put out 450 watts average power.”

For this kind of energy output to be generated, their bodies undergo transformations from soliciting training which both make them fatigue resistant and allows them to produce more oxygen-transporting red blood cells than the average person.

“One way to do this is called “live high, train low,” where you either sleep in a tent that reduces the oxygen level, or you literally live at altitude but train at sea level,” Gallagher says.

“Then, as your blood travels through your lungs, it will grab more oxygen from your lungs and deliver more to your muscles.”

A high ratio of red blood cells to plasma is warranted and this what the whole training is for, generally. There a lot of drugs that do this as well, and over the years there have been a lot of reported doping scandals involving athletes who wanted to stretch their physical abilities to the maximum. The most common drug used in the past was erythropoietin, or EPO.

Others reportedly have undergone secret blood transfusions, where their own blood was stored and returned to their bodies during the race.

“Doping is not just in this sport. But the Tour is such a big event, especially in Europe. In the 1990s, doping was just rampant. If you were a Tour rider in the 1990s, chances are that you were doping.

“There have been a couple of teams since then that have set an anti-doping agenda, and the Tour itself has done a better job of testing these athletes as well.”

This year, as always, special measures to prevent doping and promote fair sportmanship have been put in place. As such, 198 blood samples were taken from the riders before the race and 150 urine tests and 50 blood tests will be made during the event.

It’s a very demanding race, nevertheless, and that energy output mentioned earlier has to come from somewhere, namely food. High-protein, calorie-rich food is the preferred supper for a professional cyclist; enough to make you or me cringe to the floor.

“These cyclists will consume up to 10,000 calories per day, and they will still lose weight. Even when they’re riding they’ll go through what are called feed zones. They’ll grab a bag with a bunch of food in it. And after they get done riding each day, they’re just gobbling food.

“You need to have the mental capacity to handle a lot of pain. Every single day you’re going 100-plus miles, you throw in the mountains, and you throw in the fact that it¹s a race,” Gallagher says.

“So it’s prolonged pain that’s going to last for minutes to hours at a time, where you’re just going to be miserable. It takes a special person to handle that.