New vaccine against Ebola is 100% effective in Guinea trial

“Having seen the devastating effects of Ebola on communities and even whole countries with my own eyes, I am very encouraged by today’s news,” said Børge Brende, the foreign minister of Norway, which helped fund the trial.

by Alexandru Micu
in Health & Medicine, News, Science, Videos
A A

A vaccine against Ebola has proven itself 100% effective in a new trial carried out during outbreaks of the disease in Guinea, and promises to bring the epidemic to an end, scientists claim.

The trials involved 4,000 participants, and the results are spectacular – the vaccine was developed and tested in an astonishingly short time. Scientists, doctors, donors and drug companies collaborated to race the vaccine through a process that usually takes more than a decade in just 12 months.

“Having seen the devastating effects of Ebola on communities and even whole countries with my own eyes, I am very encouraged by today’s news,” said Børge Brende, the foreign minister of Norway, which helped fund the trial.

“This new vaccine, if the results hold up, may be the silver bullet against Ebola, helping to bring the current outbreak to zero and to control future outbreaks of this kind. I would like to thank all partners who have contributed to achieve this sensational result, due to an extraordinary and rapid collaborative effort,” he said on Friday.

Although the outcome of many cases is yet unknown and the final tole will be a lot heavier, a total of 27,748 recorded cases in Guinea, Liberia and Sierra Leone up to 26 July and 11,279 reported deaths make the outbreak in Africa the most devastating flare-up of the Ebola virus we have ever witnessed. In the week ending 26 July, there were just four new cases in Guinea and three in Sierra Leone. 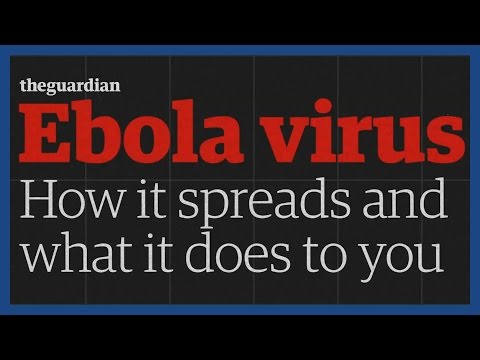 A lot of work has been put into developing fast, reliable methods of identifying patients infected with the virus, but up to now, there was no reliable vaccine. So how did they do it?

Put a ring on it!

Because the number of cases in West Africa is diminishing, and due to the shifting nature of the epidemic, with small but sudden outbreaks all over the region, researchers used a novel method of testing out the vaccine.

The “gold standard” for vaccine testing is to administer it to 50% of the population, while giving the remaining half a placebo. Instead of this, a “ring” method was preferred, similar to that which helped prove the smallpox vaccine worked in the 1970s.

When Ebola erupted in a village, researchers administered the vaccine to the (willing) relatives, neighbours, friends and people who came in contact with the sick, and those that came in contact with this first “ring” of people, in an attempt to contain the virus. Children, adolescents and pregnant women were exempt from the vaccination as there was no safety data for them. In practice, an average of 50% of people in these clusters were administered the treatment.

To test how well the vaccine protected people, the clusters were randomly assigned either to receive the vaccine immediately or three weeks after Ebola was confirmed. Among the 2,014 people vaccinated immediately, there were no cases of Ebola from 10 days after vaccination – allowing time for immunity to develop – according to the results published online in the Lancet medical journal (pdf). In the clusters with delayed vaccination, there were 16 cases out of 2,380.

WHO made it happen

The trial was sponsored by the World Health Organisation, as “nobody wanted to step into this role so we took the risk”, said assistant director-general, Dr Marie-Paule Kieny.

Funding came from the Wellcome Trust and other partners, including the governments of Norway and Canada.The British government contributed £1m of the trial funding and has said it will increase that amount to help allow the testing to continue.

Others involved included Médecins sans Frontières, whose volunteer doctors were on the front line, and the London School of Hygiene and Tropical Medicine. About 90% of the trial staff were from Guinea, a country where no clinical research had been carried out before. The vaccine is made by Merck.

“We believe that the world is on the verge of an efficacious Ebola vaccine” said Kieny.

In terms of vaccine trials, the number of people it was trialed on is small but very promising, said Kieny. She expects that the success rate once more people are treated with the vaccine will stabilize somewhere around 75-100%.

The authors of the research believe the ring design made it “logistically feasible” to conduct trials even in poor countries in the middle of a fading epidemic and it was a promising strategy for the future.

“This trial dared to use a highly innovative and pragmatic design, which allowed the team in Guinea to assess this vaccine in the middle of an epidemic,” said Jeremy Farrar, director of the Wellcome Trust and one of the world’s leading experts on infectious disease. “It is a remarkable result which shows the power of equitable international partnerships and flexibility.

“Our hope is that this vaccine will now help bring this epidemic to an end and be available for the inevitable future Ebola epidemics. This partnership also shows that such critical work is possible in the midst of a terrible epidemic. It should change how the world responds to such emerging infectious disease threats.”

John-Arne Røttingen, the head of infectious disease control at the Norwegian Institute of Public Health and chair of the trial’s steering group, said it had been a race against time in the most challenging circumstances.

“We are really pleased with the interim results,” he said. “It is really important to add the vaccine to the traditional hygiene measures we have used in the response so far. I believe this will be an important contribution to getting down to zero cases.”

Médecins sans Frontières said it was keen for the vaccine to be used in Sierra Leone and Liberia, where there were still cases.

“With such high efficacy, all affected countries should immediately start and multiply ring vaccinations to break chains of transmission and vaccinate all front-line workers to protect them.”

The trial will continue without randomization. What that means is that in Guinea, where there have been 3,786 cases and 2,520 confirmed deaths, every person that comes in contact with or that develops Ebola, and their secondary ring, will be offered the vaccine. Work performed in Gabon has also shown that the vaccine is safe for children and adolescents, so it will be offered to them too.