Mute man can now speak thanks to brain implant

by Mihai Andrei
in Feature Post, Health & Medicine, Inventions
A A 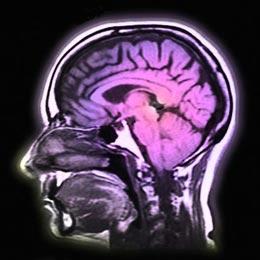 Frank Guenther of Boston University in Massachusetts and his colleagues worked with a man who was unable to move or communicate; they implanted an electrode into his brain which allowed him to use a speech synthesizer that produces vowel sounds as he thinks them. This work shows promise of going even further and not far from now it could allow patients to speak full sentences.

The patient in this case was suffering from locked-in syndrome, where he is fully conscious, but can not move almost at all (in many cases people can only move their eyes). The first step in this process was to check if the man’s brain was able of producing vowel signals the same way that a healthy man produces them.

They were thrilled to see that the signals were good, and moved to the next step, which was implanting the electrode. This electrode differs greatly from others, meaning that it is impregnated with neurotrophic factors, which encourage the neurons to grow all around it, and even into it. But after this was implanted, the hardest part of the work followed.

They needed a computer model of speech. Luckily, Guenther thought about this 15 years ago, when he started to work on this model.

“The long-term goal within five years is to have him use the speech brain–computer interface to produce words directly,” Guenther says

So it’s definitely a project worth keeping an eye on, as it could help people who are unable to communicate from numerous reasons.