It’s a well known fact that yoga does good to the mind and body, but the extent of that benefit is something still debated. Now, yoga supporters have just gotten a big hand from a study conducted by psychiatrists. 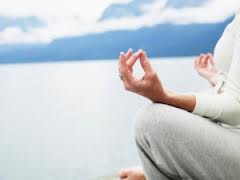 “Yoga has also become such a cultural phenomenon that it has become difficult for physicians and consumers to differentiate legitimate claims from hype,” researchers from Duke University Medical Center write in their study, published in the journal Frontiers in Psychiatry.

In order to find out what are the facts and what is fiction, they reviewed over 100 studies analyzing yoga effects on the body and mind.

“Most individuals already know that yoga produces some kind of a calming effect. Individually, people feel better after doing the physical exercise,” says lead study author Dr. P. Murali Doraiswamy, a professor of psychiatry and medicine at Duke University Medical Center. “Mentally, people feel calmer, sharper, maybe more content. We thought it’s time to see if we could pull all [the literature] together … to see if there’s enough evidence that the benefits individual people notice can be used to help people with mental illness.”

Ok, so the first thing that struck out was that yoga greatly helps in relatively mild conditions, such as a mild depression, sleep disorders, ADHD, etc. But then, after digging up more and more conclusions, researchers were surprised to see that even with severe diseases such as schizophrenia yoga does patients a great deal of good. In fact, they found positive effects of the mind-and-body practice for all conditions with the exception of eating disorders and cognition.

What’s interesting is that not only did it help improve the condition of medicated patients, but it also greatly improved the state of patients who weren’t taking any meds, suggesting that yoga might affect the body in ways similar to antidepressants and psychotherapy. 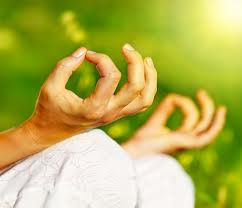 Incorporating yoga as a complementary treatment for mental disorders is not uncommon, and judging by the effects of yoga on mental health, the technique should be implemented in even more treatments.

“Many millions of Americans are doing yoga and many millions of Americans have mental illnesses and are popping psychiatric pills daily. Despite all of this, the vast majority of studies looking at the benefits of yoga are all small studies. We did not come across a single study where there was a coordinated effort done by some large agency to really conduct a large national study,” says Doraiswamy.

However, warn researchers, yoga isn’t a panacea for mental illness, and patients shouldn’t try to replace their treatment with yoga. This should be used only as complementary.

“What we are saying is that we still need to do further, large-scale studies before we are ready to conclude that people with mental illnesses can turn to yoga as a first-line treatment,” says Doraiswamy. ”We are not saying throw away your Prozac and turn to yoga. We’re saying it has the promise and potential. If a large national study were done, it could turn out that yoga is just as good and may be a low cost alternative to people with unmet needs.”

In the meantime, one thing’s for sure: adding yoda as a complement to your treatment, and starting it even if you’re not suffering from any condition is not doing to hurt you – seriously.