by Mihai Andrei
in Mind & Brain

Growing up wasn’t easy for 14 year old Jake Zeldin; his stutter was so bad that he sometimes finds it extremely hard to finish a word, let alone a sentence. But he didn’t let that get in his way, and he found a most unlikely ally – rap.

From Jake Zeldin to Lil JaXe 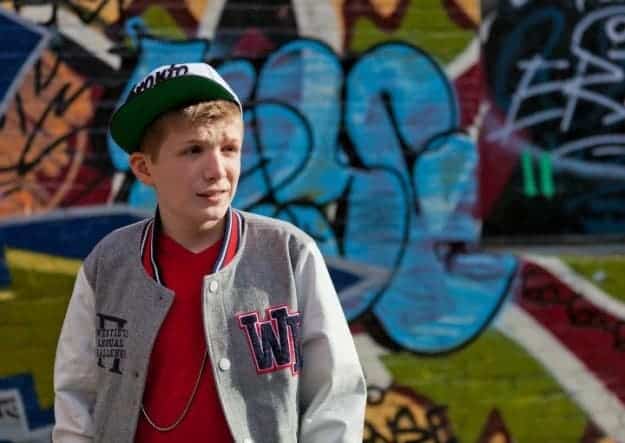 Even though conventional approaches didn’t do much good, he found a way through which he could speak fluently: rapping. After one life-changing summer at a sleepaway camp, Jake discovered a side of him he never thought would exist – he could rap; he could improvise, freestyle, spit out his own emotions in a way in which even the most verbal of us would find hard.

“It’s unbelievable. It’s amazing. It’s pretty much why we’re encouraging him to do this,” said his mother, Robyn Zeldin, in a recent interview alongside her son. We’ve seen him grow so much. It’s amazing for his self-esteem. He’s a different child. He says he’s found his voice. “And when he performs in front of tons of people, he becomes a different person.”

Hopefully, Jake can provide valuable information for better understanding stutter – a condition about we still don’t really know that much; in a previous study, we told you about researchers who scanned the brain of rappers, to better understand the creative process that goes on in their brain when they’re freestyling. Neuroscience is not exactly my field of expertise, but perhaps a comparison could be made between a non-invasive brain scan of Jake when talking and when rapping – if he would agree, of course. Also, perhaps more people who stutter could fluently rap, also providing more insight on the condition.

No cure for stuttering

At the moment, there is no cure for stuttering, though several treatment options exist that help individuals to better control their speech. Many of the available treatments are actually learning strategies, teaching people how to minimize stuttering through speed reduction, breathing regulation, and gradual progression from single-syllable responses to longer words, and eventually more complex sentences.

The U.S. Food and Drug Administration (FDA) has not yet approved any drug for the direct treatment of stuttering – and it’s unlikely that this will change in the near future.

As for Jake, willing or not, he’s become an inspiration for some of the 6.8 million worldwide who stutter. Lil Jaxe followed his dream, even though his colleagues (and sometimes even teachers) laughed at him. He knows that there’s no reason why you have to change anything about yourself in order to be successful, confident, and all-around awesome.