Scientists find new brain region that may be unique to humans

Finding a new region of the brain in this day and age is every neuroscientist's dream come true.

by Tibi Puiu
in Mind & Brain, Neurology, News
A A

At the base of the skull, near where the brain meets the spinal cord, neuroscientists have found a previously unknown region of the brain. This structure, which may be involved in fine motor control, hasn’t been found in other primates and could be unique to humans.

George Paxinos, a world-renowned brain cartographer, and colleagues at Neuroscience Research Australia (NeuRA) were mapping the brain for a new atlas when they made the discovery. They have named the new brain region the endorestiform nucleus because it is located within (endo) the restiform body, which connects the spinal cord and medulla oblongata with the cerebellum.

The function of the endorestiform nucleus is not entirely clear but since it’s located right at the junction of the brain with the spinal cord, the researchers have good reasons to believe it is involved balance, posture, and fine motor control. 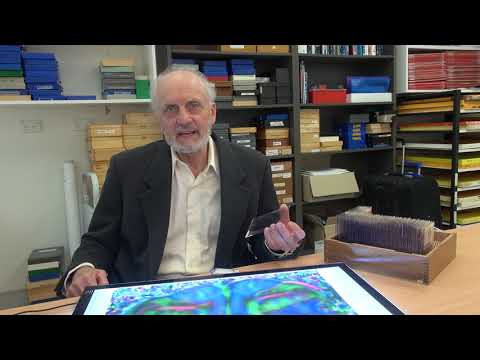 Paxinos had hints of the endorestiform nucleus’ existence for decades. One important clue was that during surgery for patients suffering from chronic pain, the researchers had noticed that long fibers from the spine seemed to end where the new brain region was found. However, it wasn’t until the team used modern brain staining techniques, which image fine details of brain tissue, that the endorestiform nucleus could be identified with confidence.

Human brains are generally just like a monkey’s brain — only much bigger. The researchers looked for the new brain region in other animals, and couldn’t find it. The endorestiform nucleus may thus be unique to humans, although it is still too early to know for sure.

“The region is intriguing because it seems to be absent in the rhesus monkey and other animals that we have studied,” said Professor Paxinos, adding, “this region could be what makes humans unique besides our larger brain size.”

If it is indeed unique to humans, it could prove important for treatments for diseases such as Parkinson’s and motor neuron disease. This supposition needs to be tested by imaging the brains of living persons — both healthy and with a motor dysfunction — with a higher resolution MRI. In the future, Paxinos and colleagues plan to study the brains of chimpanzees in search of the nucleus.

“There is nothing more enjoyable for a neuroscientist than finding a previously unknown area of the human brain,” Paxinos told the Athens-Macedonian News Agency (ANA).

“What it remains to be done is to determine the function of this newly discovered brain region. Now that it has been mapped, it will be possible for it to be studied by the wider research community,” he added.

Paxinos detailed the portion of the brain in his book Human Brainstem: Cytoarchitecture, Chemoarchitecture, Myeloarchitecture. His findings have not yet been peer-reviewed.