Chimps like African and Indian music – not Western music

Chimps prefer silence to all types of Western music(even classical music), but that doesn’t mean they don’t like music at all. A new study published in the American Psychological Association found that chimpanzees like traditional African and Indian music. 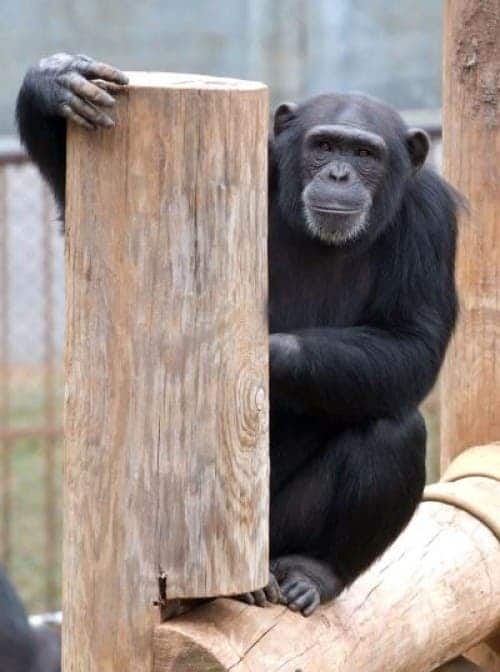 “Our objective was not to find a preference for different cultures’ music. We used cultural music from Africa, India and Japan to pinpoint specific acoustic properties,” said study coauthor Frans de Waal, PhD, of Emory University. “Past research has focused only on Western music and has not addressed the very different acoustic features of non-Western music. While nonhuman primates have previously indicated a preference among music choices, they have consistently chosen silence over the types of music previously tested.”

Previous findings had already indicated that primates generally prefer slower tempos, but this study indicates that they in fact favor certain tempos.

“Although Western music, such as pop, blues and classical, sound different to the casual listener, they all follow the same musical and acoustic patterns. Therefore, by testing only different Western music, previous research has essentially replicated itself,” the authors wrote.

So in order to try something fundamentally different, researchers used other kinds of music: Japanese, African and Indian music. The results were observable immediately.

Basically, they liked the African and Indian music, because generally they tended to have extreme ratios of strong to weak beats. In that regard, Japanese music has average ratios, being somewhat similar to Western music – which is probably why the chimps didn’t like it.

This research shows that there is likely an evolutionary tendency towards music in primates.

“Chimpanzees displaying a preference for music over silence is compelling evidence that our shared evolutionary histories may include favoring sounds outside of both humans’ and chimpanzees’ immediate survival cues,” said lead author Morgan Mingle, BA, of Emory and Southwestern University in Austin. “Our study highlights the importance of sampling across the gamut of human music to potentially identify features that could have a shared evolutionary root.”