Male and Female brains are not different, MRI scans suggest

Men are from Mars, Women are from Venus, or so the old adage goes. But it's wrong. 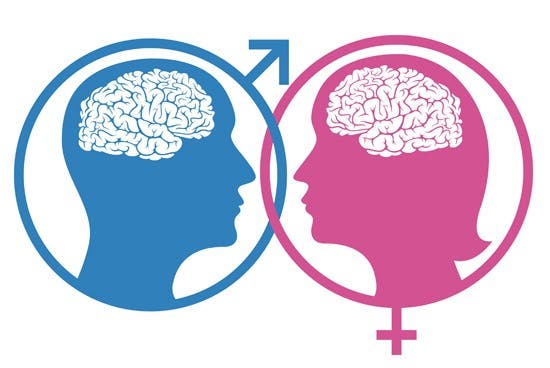 Men are from Mars, Women are from Venus, or so the old adage goes. In other words, women and men can behave so differently that they seem worlds apart. This has raised some questions regarding brain structure and neuron firing. Effectively, do women and men have differently hard-wired brains? It’s an ongoing debate, but a new study which analyzed the brain scans of more than 1,400 men and women found no patterns that could distinguish the two apart. In other words, if someone were to look at a given brain scan, it would be unpractical to correctly assert whether it belonged to a man or woman. This suggests that either 1) there are no inherent neural hard-wiring differences between men and women or 2) we simply haven’t found those specific patterns that might differentiate between genders. The authors of the study lean towards the former.

“Although there are sex/gender differences in brain structure, brains do not fall into two classes, one typical of males and the other typical of females,” the team wrote in a study published Monday in the Proceedings of the National Academy of Sciences. “Each brain is a unique mosaic of features, some of which may be more common in females compared with males, others may be more common in males compared with females, and still others may be common in both females and males.”

The Tel Aviv University researchers sought to identify certain measurements in brain structure that might be more male or female-dominant, and less in between. To this end, they performed MRIs that measured the volume of gray matter in the brains of 112 men and 169 women ages 18 to 79. They found 10 brain regions that showed the most significant difference between the brains of men and women. These results from the readings were then classed as “most male”, “most female” or “in the middle”. Only 6% of the brains belonging to participants consistently ranked as “most male” or “most female”, judging from the MRIs. Interesting enough, in 35% of the cases the researchers found “substantial variability”, meaning male traits in some regions and female traits in others.

Next, the researchers measured the thickness of gray matter in the outer layer of the cerebrum. Again, “most male” and “most female” brains were rare. These findings are corroborated by a similar analysis of personality traits, attitudes, interests, and behaviors of more than 5,500 individuals, which reveals that internal consistency is extremely rare, the researchers wrote in the study abstract.

“This extensive overlap undermines any attempt to distinguish between a ‘male’ and a ‘female’ form for specific brain features,” said Daphna Joel, a psychologist at Tel Aviv University and lead author. These findings have “important implications for social debates on long-standing issues such as the desirability of single-sex education and the meaning of sex/gender as a social category.”

“We separate girls and boys, men and women all the time,” she says. “It’s wrong, not just politically, but scientifically – everyone is different.” Joel told New Scientist.