Leading scientists will synthesize human genomes from scratch by 2026

by Tibi Puiu
in Genetics, News
Reading Time: 5 mins read
A A
Share on FacebookShare on TwitterSubmit to Reddit

Around 130 leading scientists, entrepreneurs and key government officials met behind closed doors at Harvard University a couple of weeks ago. The whole meeting was shrouded in secrecy and speculations ran amok. Now, this ad-hoc convention has made public its most ambitious plan: build and deploy a fully synthetic human genome in human cell lines within 10 years.

The Human Genome Project Write (HGP-Write), is the next obvious step after the roaring success of the Human Genome Project (HGP-Read) launched in the 1990s. HGP-Read was one of the most serious scientific ventures in history. Instead of focusing outward, like studying the mechanics of the physical universe, HGP-Read ventured inward so that we might understand how genes code the human body.

HGP-read was finally completed in April 2003, thirteen years and $3 billion later from its launch. Today, however, the cost of sequencing a person’s DNA has fallen below the $1,000 threshold. DNA sequencing is now widely used in anything from crop breeding to forensics, to medical research.

“The ability to write the genome, essentially by typing it into a computer, would be revolutionary. If it were possible, it can be used for many applications – from engineering microbes that can produce industrially relevant chemical and biological compounds to generating engineered human cells for therapeutic applications, such as for treating cancer and tissue regeneration,” said Dr. Kris Saha, Assistant Professor of Biomedical Engineering, University of Wisconsin-Madison.

Scientists will work on HGP-Write over a decade-long period, and the Center of Excellence for Engineering Biology — the non-profit that coordinates the whole affair — will seek to raise $100 million this year. The largest genome synthesis project to date is Sc 2.0, which aims to create an entirely synthetic yeast in the next five years.  The size of even the smallest human chromosome is 48 million base pairs which is 22 times the size of the largest yeast chromosome at 2.2 million base pairs.

The authors of the announcement claim fabricating synthetic human genomes, or at least regions or parts of it, will provide significant advances in medicine and biology. It could, for instance, lead to the manufacturing of pig organs that are compatible with the human body, hence fit for transplant. 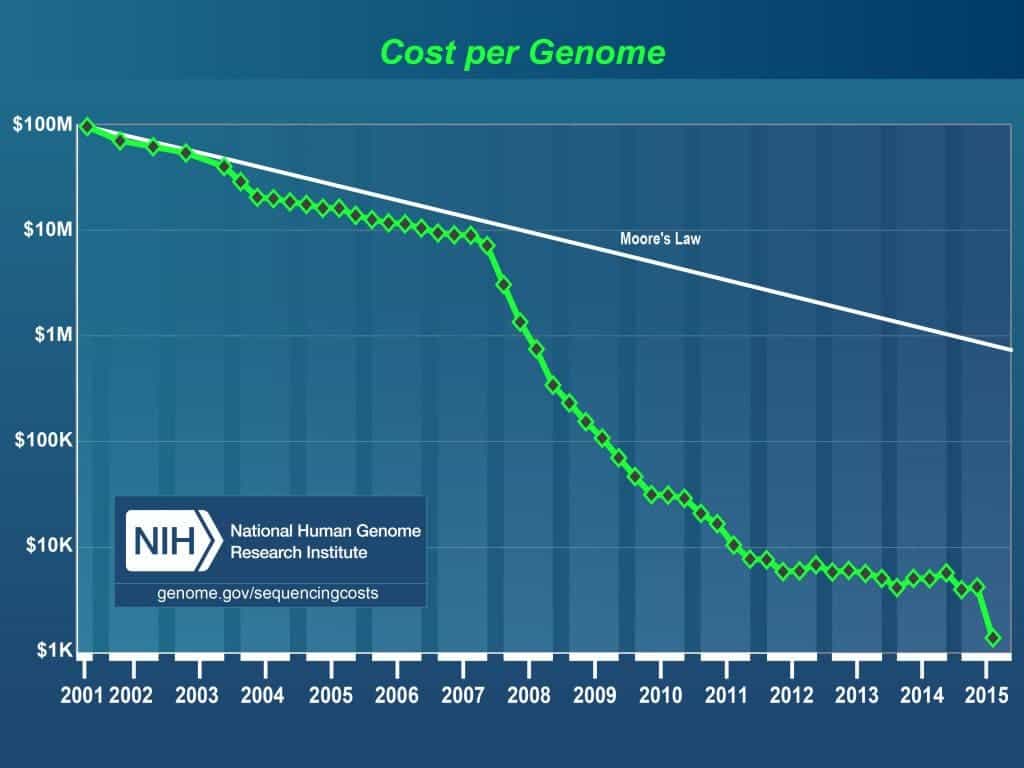 A lot of critics have voiced ethical concerns over the project, especially during the first meetings which were shrouded in the utmost secrecy. The lead proponents of HGP-Write said they were required to keep the meetings confidential to avoid unnecessary publicity until the announcement could be made in a peer-reviewed journal. The project was officially announced on Thursday, in the journal Science.

Many are concerned that HGP-Write will open the flood gates to engineering humans. Indeed, this could be theoritically possible, but is not the scope of the project.

“It is very important to make a clear distinction between synthesizing a human genome in somatic cell lines as is proposed, and modifying human germline cells that could be hereditably transmitted, which is not in the scope of this project. Nevertheless, all technology that could be potentially used to modify human genomes needs to proceed in the context of open and transparent dialogue with many societal stakeholders, and under a regulatory framework that governs how such technology can be used in a safe and ethically acceptable manner,” Deutsch said.

“The authors propose that a percentage of all funding raised for this project be dedicated to ethical, legal and social issues. This is not only advisable but also essential. By starting a broad, transparent and inclusive conversation early on, both the scientific community and society in general will be better positioned to address the societal implications of HGP-write as the technology comes of age,” he added.

“The second part of that subtitle is the ethical framework. The project is not as controversial as some observers might be saying. First we already replace segments of human genes in cells growing in culture dishes. This is well regulated and is the very core of the new advances in medical genetics.  Making large and larger pieces of human chromosomes and putting them into host cells in culture dishes will enable more deeper understanding of what all the genes and the non-coding DNA actually does. On the route to the final goal of this new initiative will be a myriad of new therapies for treating medical conditions from genetic diseases to viral infections.  There is no call to make an entire human being just as there is no push for doing that with current studies using human embryos,” Prof John Ward, Professor of Synthetic Biology for Bioprocessing, The Advanced Centre for Biochemical Engineering, UCL, said in a statement.

“The 25 scientists propose that this project would be carried out with public involvement using the framework of Responsible Innovation where common goals of both the public and the science are identified and worked on from the beginning. The debate by scientists at a recent meeting gave rise to this white paper and it’s fascinating to see the speed of progress from that debate only 23 days ago to this carefully formulated proposal.”

Right now, scientists are already able to insert new genes or modify existing ones to breed genetically modified organisms. Genome editing tools, like the famous Crispr, have made genomic engineering even easier. Though counterintuitive, in many instances building a synthethic genome from scratch could be more efficient than modifying existing genomes, besides opening avenues of opportunity unavailable using today’s tech.

If successful HGP-Write will make history, and ought to help science at least as much as HGP-Read. Many ethical challenges have to be addressed first, though. At some point, we might even have to consider pulling the plug.