This explains some things...

Because nothing says “Let’s have a few drinks” like a dreary afternoon. 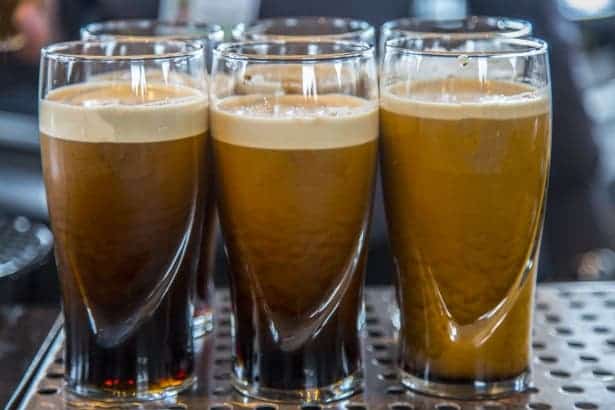 “This is the first study that systematically demonstrates that worldwide and in America, in colder areas and areas with less sun, you have more drinking and more alcoholic cirrhosis.”

This seems to make a lot of sense if you think about it. At a physical level, alcohol is a vasodilator — it dilates your blood vessels, which increases the flow of warm blood to the skin. This means that consuming alcohol will make you feel warmer (although technically, your body is losing heat as it flows towards your skin, where it is easily lost), which could explain why people are more inclined to drink during cold spells. On a social level, people are also more likely to stay indoors when it’s cold and dark outside, which can also lead to drinking — particularly around Christmas and New Year’s Eve.

There’s also a connection between alcohol and depression, as well as a link between depression and a lack of sunlight — putting two and two together, it seems plausible that alcohol and darkness go hand in hand.

However, Rehm also emphasizes the need to adopt healthy policies that reduce alcohol consumption. Earlier this year, Scotland implemented legislation that mandates minimum alcohol pricing — a move which was widely praised by health organizations and scientists.

Despite what some producers would have you believe, and what a few isolated studies have found, alcohol is, almost always, quite bad for you. Even moderate alcohol consumption is associated with a swarm of health risks.