by Mihai Andrei
in Biology, Chemistry, Discoveries, Health & Medicine
A A 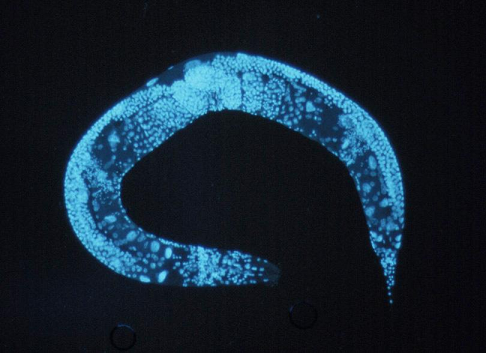 University of Maryland researchers have managed to shed some light in an important matter which puzzled medical scientists and not only for ages: how iron carried in human blood is absorbed and transported into the body. Among the benefits of this discovery I’ll just name a better understanding of iron deficiency, the world’s number one nutritional disorder; a better understanding leads to a better treatment.With C. elegans , a common microscopic worm that lives in dirt, Iqbal Hamza, assistant professor of animal and avian sciences and his team have positively identified previously unknown proteins that play a vital part in transporting heme, the molecule that creates hemoglobin in blood and carries iron. It’s an important step in understanding how our bodies process iron and exactly how the blood plays its role in transportation and processing.

“The structure of hemoglobin has been crystallized over and over,” says Hamza, “but no one knows how the heme gets into the globin, or how humans absorb iron, which is mostly in the form of heme. To understand the underlying issues of nutritional and genetic causes of iron deficiency, we are looking at the molecules and mechanisms involved in heme absorption. Once you understand transport of heme, you can more effectively deliver it to better absorb iron in the human intestine.”

The study revealed several findings that could lead to new treatment for iron deficiency. One was the discovery that genes are involved in heme transport. C. elegans can also be studied for finding out other things, but for this it was necessary, because due to the fact that it has only one valve that controls the heme transport, scientists knew exactly where heme was entering the worm’s intestine, where, as in humans, it is absorbed.