I know this sounds much like a joke, how black mamba venom can really ease you of your pain – but it’s not. A painkiller just as effective as black mamba venom but without the unwanted side effects has been found by French researchers in the venom. 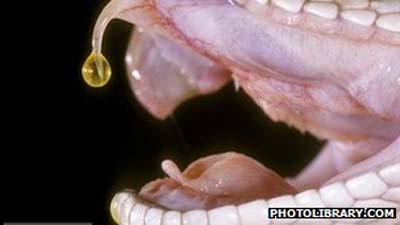 The predator, like many other snakes, uses neurotoxins to paralyze and kill small animals, but according to the team’s research, the venom also contains a very potent painkiller, most likely working to calm down unlucky prey. The researchers analyzed 50 different mamba species before ultimately finding the black mamba’s pain-killing proteins – called mambalgins.

“When it was tested in mice, the analgesia was as strong as morphine, but you don’t have most of the side-effects.”

Morphine has been used as a painkiller for a very long time; it acts on the opioid pathway in the brain (like opium), calming the pain, but also causing addiction, headaches, occasional vomiting, and muscle twitching. However, mambalgins tackle pain in a completely different way, which have virtually no side effects. However, the findings have only been studied in mice so far.

“It is the very first stage, of course, and it is difficult to tell if it will be a painkiller in humans or not. A lot more work still needs to be done in animals.”

This is not only about finding a replacement for morphine, we’re talking about an entire new class of analgesia.

“It’s very exciting, it’s a really great example of drugs from venom, we’re talking about an entirely new class of analgesics.” said Dr Nicholas Casewell, an expert in snake venom at the Liverpool School of Tropical Medicine. Dr Lingueglia said it was “really surprising” that black mamba venom would contain such a powerful painkiller.