Battling heartburn: what is it, what causes it, how to treat it

by Tibi Puiu
in Health & Medicine

Chances are some of you have experienced a heartburn at some point in your lives – that sudden burning sensation in the chest that goes beyond a common nuisance. It keeps people from sleeping during the night and  functioning properly during the day, affecting one in eighteen of Americans or roughly 15 million people. 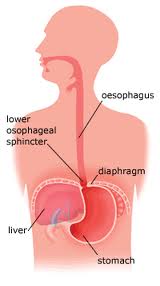 Curiously enough, heartburns aren’t caused by an affliction of the heart itself, but the awful sensations springs from the inflammation of a special area of circular muscle located at the junction of the esophagus and stomach, called the lower esophageal sphincter (LES).

The esophagus is a very versatile body part consisting of a highly vascular tube that connects the mouth to the stomach. During feeding, it handles most of the heavy lifting as the muscles that underline the tube flex and bend to push food inwards in the stomach. To keep food and digestive stomach acids from going the other way, though, the lower esophageal sphincter (LES) acts like a one-way valve. However, if for some reason the LES relaxes, then acidic stomach juices can flow towards the esophagus.

The inner stomach walls are lined with special protective cells that prevent the acid from causing inflammation, however the esophagus is void of this treatment. So, when the LES relaxes and acid is spewed out, its thin walls become easily irritated hence the dreaded heartburn, whose only relation to the heart is its closely proximity. Technically, it should be called esophagusburn.

The condition can surface as a result of a number of factors, and one’s diet is usually the first place to look. Some people have such a gifted digestive tract that they can just shove just about anything inside without anything bad happening to them, but for those of you suffering from heartburns you might check off some of the following common food and drinks from your diet.

If you’re a smoker, aside from the thousand or so other potential health hazards, then  chances of you becoming afflicted by heartburns will dramatically increase. Chemicals in tobacco weaken the LES, as the chemicals pass from the lungs into your blood. In addition smoking reduces the blood flow to the inflamed tissue which again is a cause of heartburn.

Fried and fatty foods are your number one enemy, first of all. These have the tendency to slow down the digestion process, thus leading to food staying longer in the stomach than it normally would have. This puts further pressure on the stomach that builds up to weaken the LES allowing stomach acid to pass into the esophagus.

How to treat heartburn

Keeping an eye on your meal intake is a good place to start.  Larger meals and higher-fat meals tend to stay in the stomach longer before moving into the small intestine, so if you feel you’ve had enough, maybe it’s time to skip desert. Also concerning food, avoid eating close to a few hours before bedtime.

Elevate the head of the bed (or use two or three pillows) to allow gravity to keep acid in the stomach and avoid acid reflux.

In terms of medication, antacids may be taken after meals, at bedtime, or when needed, to bind excess acid in the stomach and to coat the esophagus. Prilosec OTC is a drug that’s new to the market and acts as a a proton pump inhibitor (PPI), producing significantly different relieving effects from antacids (neutralize the acid in your stomach) or H2 blockers (reduce acid production).

Antacids and H2 blockers, while partially effective, only offer a temporary relief.  Prilosec OTC works by directly blocking some of the millions of tiny pumps in your stomach that produce acid to break down food. Your stomach will retain enough acid to digest food, but will get rid of the excess that may lead to heartburn.