The most expensive fungus in the world: a dead caterpillar that sells for 50,000 USD a pound

It's also known as the "Viagra of the Himalayas".

The most expensive fungus in the world isn’t any truffle or Mattake mushroom, it is a dead caterpillar fungus that grows in the Himalayas. They go for 50,000 USD a pound; compare that to the most expensive truffles which sell for up to 8,000 USD a pound. This expensive fungus (Ophiocordyceps sinensis) is called yartsa gunbu, which aside from sounding like a character in Star Wars, means “summer grass, winter worm” in Tibetan. They are prized as an aphrodisiac and status symbol.

What is it exactly?

The fungus is a parasite; it infects ghost moth caterpillars. The caterpillars live underground in alpine grass and shrub-lands on the Tibetan Plateau and the Himalayas at an altitude between 3,000 and 5,000 m (9,800 and 16,400 ft). They feed feed on roots underground and are more vulnerable to the fungus when they shed their skin in the late summer. This is also the time when the fungus releases its spores.

Once infected, the caterpillar goes upward and lies perpendicular to the surface. The fungus digests the inside of the larvae and eventually kills it. In the spring, a stalked fruiting body shoots out of the caterpillar’s head and can be visible on the surface of the ground. Altogether, it’s no bigger than a pinkie finger.

The price of yartsa gunbu has increased exponentially in the past decade. This fungus that is more valuable than gold is collected yearly by poor villagers. Entire villages clear out in the spring as they go to high alpine fields to look for yartsa gunbu for several weeks. A good harvest can triple the yearly income of a Nepali. The average yearly income of villagers in the area is 247 USD so it’s unsurprising that the villagers are latching onto this fungus as an income booster. In some areas, one fungus is worth more than one day work for a manual labourer.

However, it can have negative effects too, such as creating conflicts between villagers. In November 2011, nineteen villagers were convicted of murdering seven farmers after foraging for the fungus. 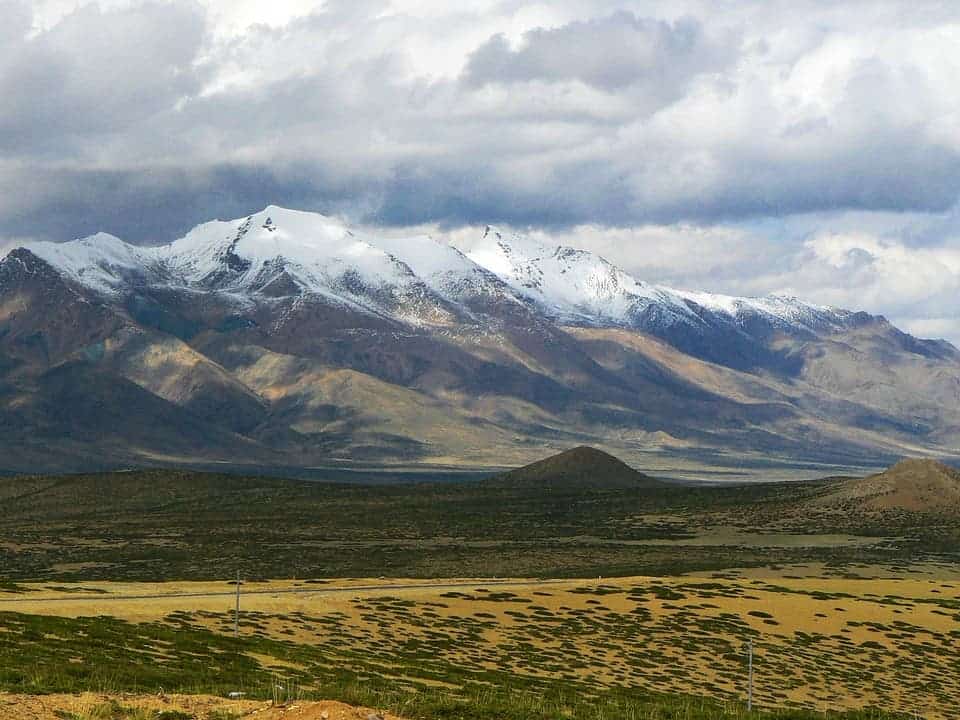 So why do people demand and pay so much for this fungus? Part of the answer is that it has been part of traditional Chinese medicine for centuries. The first mention of it was by a Tibetan doctor in the 15th century, in his text called “Instruction of a Myriad of Medicines”. The fungi were considered to have a very good balance of yin and yang because they were composed of an animal and a vegetable. They are also considered to have aphrodisiacal qualities, and are called the “Viagra of the Himalayas”. However, this claim does not have a scientific basis and has not been proven.

Most importantly, the fungus is now a status symbol. China is the main market for yartsa gunbu and the rich use it to show their influence. For example, they buy it to present to guests. The demand for yartsa gunbu has skyrocketed in the past decade. The reason could be that more people know about it and Chinese now have enough disposable income to spend, whereas previously they haven’t been able to afford it.

Effects on the environment

The harvest could be affecting the environment. Although the fungus has been collected for centuries, it has never been with such gusto as now. Perhaps fewer spores will then infect fewer caterpillars, producing less yartsa gunbu. Overharvesting has already made it an endangered species in China. Then the moth population might explode if they have no other predators. The collectors may also have a negative effect on the environment if they cut down too many trees for fuel or leave their trash around.

Climate change will negatively affect the harvest also by drying out the grasslands. With less food, the moth larvae won’t be able to survive so well and there will be fewer of them. The fungus is cultivated on grains and liquids in China, but no one has been able to cultivate it on caterpillars. If the harvesters want their fungal gold to last in the future they should harvest it sustainably and leave behind some fungi to release their spores.