by Mihai Andrei
in Alternative Medicine, News
Reading Time: 3 mins read
A A
Share on FacebookShare on TwitterSubmit to Reddit

Researchers at the Tel-Aviv University, Department of Neurology gathered 22 volunteers for this study, all of which were suffering from Parkinson’s. They evaluated their symptoms to establish a baseline, and then again evaluated them 30 minutes after inhaling cannabis. Israel has formally allowed the licensed production and distribution of marijuana for therapeutic purposes since 2011. 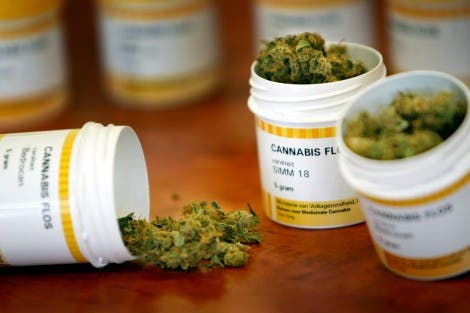 Parkinson’s disease is a degenerative disorder of the central nervous system, with symptoms including shaking, rigidity, slowness of movement and difficulty with walking and gait. Later, thinking and behavioral problems may arise, with dementia commonly occurring in the advanced stages of the disease, whereas depression is the most common psychiatric symptom. Other symptoms include sensory, sleep and emotional problems.

“[T]his observational study is the first to report an amelioration of both motor and non–motor symptoms in patients with PD treated with cannabis. The study opens new venues for treatment strategies in PD especially in patients refractory to current medications.”

There was also significant improvement of sleep and pain scores, and there were no side effects to the drug. The study clearly suggests that at the very least, more studies should be conducted to verify the viability of cannabis as a treatment in Parkinson’s disease.

Now, I’m not one of those people who thinks cannabis has miraculous effects and that’s why it’s banned, that it’s a panacea for everything, from depression to cancer. I find this increasing trend disturbing and highly non-scientific. However, I am one to support the legalization of cannabis – starting from therapeutic purposes and even moving on to recreational. The use of cannabis as a therapeutic agent for various medical conditions has been well documented, and while it’s still in the trial phases, there are some clear indications that it has valid medical benefits. Here’s how an illegal drug is defined, at least in the United States:

Point 2 is clearly out of the question, point 3 is also not true (effects are on a similar scale to alcohol), and point 1 is highly debatable. So at the very least, we should be using marijuana for medicinal purposes – it’s clear that it can help in some places.